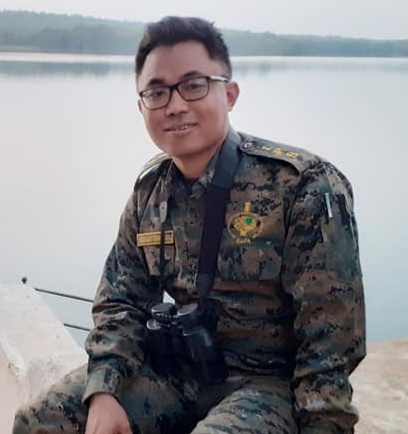 Dhiman Chakma of Dasda area in Kachanpur subdivision North Tripura district of Tripura has made it to the recently published list of successful candidates in the Union Public Service Commission (UPSC) exams 2019, by securing All India Rank – 722. Chief Minister Biplab Kumar Deb and MP Pratima Bhoumik congratulated Chakma for his brilliant performance in one of the toughest competitive exams of the country. According to media reports Pradeep Singh topped the 2019 Civil Services Exam, while Pratibha Verma, who stood third in the exam, was the topper among women candidates.

The Union Public Service Commission announced the results on August 4, selecting 829 candidates for appointment to Indian Administrative Service, Indian Foreign Service, Indian Police Service and Central Services. Lauding the achievement, CM Deb wrote in his social media post, “Heartiest congratulations to Shri Dhiman Chakma of Tripura who successfully cracked UPSC main examination. As per the main exam results announced by UPSC, he secured All India Rank 722. Wishing him all success for his future endeavours.” Pratima Bhoumik congratulated Dhiman for his success in her posts as well.

Speaking to The Optimist, Dhiman said, “It is indeed a matter of great happiness to bag AIR 722 in UPSC Civil Services 2019.  I am extremely excited to have finally made it to the hallowed and highly coveted ranks. I always believe that every man is given an opportunity to write his own story, whatever be the limitations. My story has been of perseverance, hard work, humility and unrelenting self-belief. Despite serial failures in the journey, what made me overcome the hurdles is the unwavering support and love of my dear ones, family and friends alike, even in the worst of times. I take this opportunity to thank them all from the deepest core of my heart. I hope my small achievement inspires the youth of my small, remote, yet beautiful state of Tripura to overcome their barriers and embark upon the journey to success and realisation of dreams.  That would bring me great satisfaction and contentment.”

Dhiman is elated to see his story being posted by chief minister Deb in his social media account. “It was a great feeling and reinforced my commitment to work for the betterment of the state as well as the country”, he shared.

Out of the 829 successful candidates in UPSC 2019, 304 are from general category, 78 from Economically Weaker Sections (EWS), 251 from Other Backward Classes (OBC), 129 from Schedule Castes and 67 from Schedule Tribe category. The EWS category was implemented in the exam for the first time in 2019. UPSC declared the final list of selected candidates based on the assessment and performance of those appearing for the written exams held in September, 2019 and subsequently, in the interviews or Personality Test held in February-August, 2020.