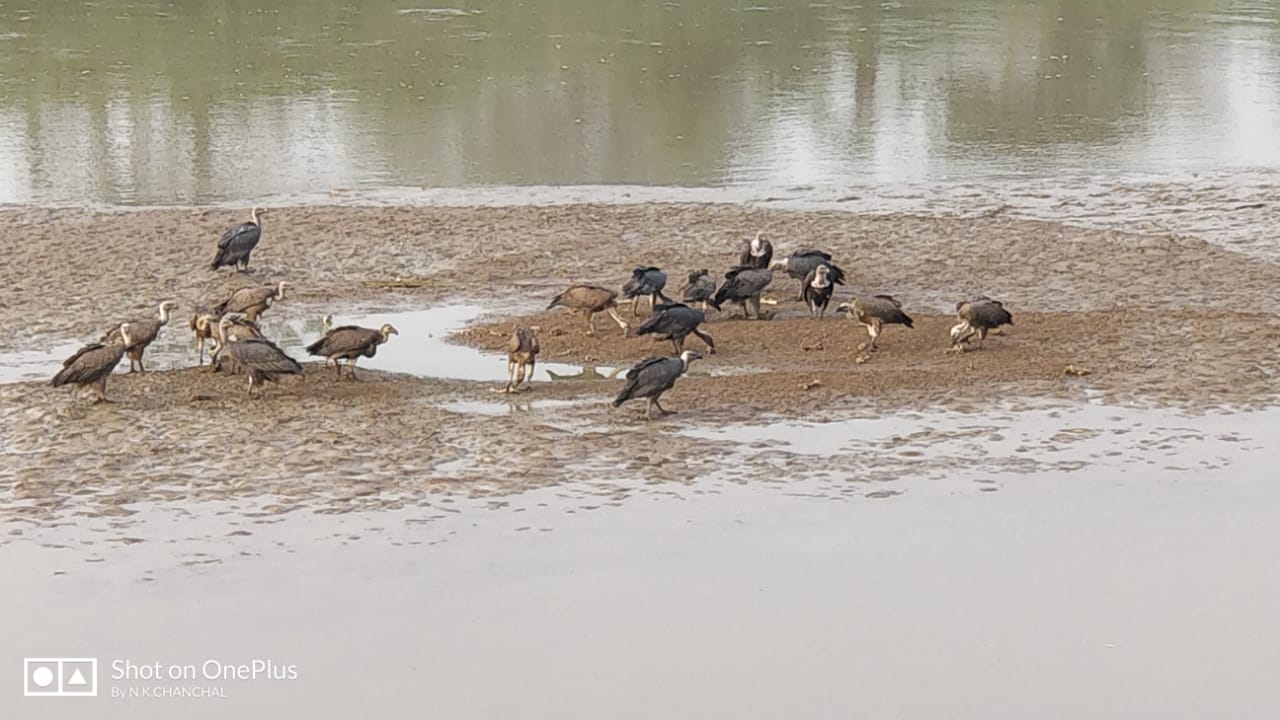 Total six such centers will shortly be opened across Tripura. The state forest department has invited expert ornithologists from Bombay Natural History Society (BHNS) for an inspection-visit to Tripura and recommend steps to get the work done in an organized manner.

Two spots have apparently been selected at Mungiakami and Subalsingh for setting up the centres, but the final decision on venues for starting the centres will depend on BHNS report.

Vulture that literally translates to “Shakun” in Bengali has a rooted link with Tripura and its capital Agartala. A road in Agartala -“Shakuntala” Road – is named after vultures. According to some veteran residents of the city, “Congress of Vultures” was regularly seen perched on trees that grew on either side of the road.

Speaking on the issue, PCCF DK Sharma said, “Vultures are undoubtedly important for keeping the forest ecology clean. Recently, the forest department has spotted regular sightings of the birds. In the sand bars of river Khowai, located adjacent to Kalyanpur sub-division, good numbers of birds are seen perching on the trees to keep an eye on their food.”

“We have tagged some trees that are often used for perching and declared them protected. Strict surveillance has been put in place around the trees from the forest department to oversee that their movements do not get disturbed by anyone”, he added.

Elaborating on the importance of conservation, Sharma said, “These birds have a big role to play in the forest ecology. Every time, an animal dies inside the forest, they come as the cleaner. When they eat up the dead animals, they also wipe out the bad bacteria from the carcasses thus purging the forest ecosystem. This makes the ecosystem clean and reduces chances of unwanted diseases among the forest lives. Hence, protection of vulture is very important and we are committed to this job”.

On challenges faced, he said, “A drug that is widely used as a remedy to pain for the household animals leaves a serious impact on the egg health of vultures. Diclofenac is an anti-inflammatory drug used in treating livestock. If a vulture eats up carcasses of an animal that was administered this drug while alive, the egg-shells of the bird become fragile. While giving warmth to the eggs before hatching the shells develop fissures which ultimately result in untimely breaking of the shells. Our motive is to protect the eggs in the first place by providing necessary care so that the population does not decrease”, he added.

It is also worthy to be mentioned here, that the decrease in the number of vultures has caused serious problems for the local Parsi community, as they offer the mortal remains to the scavengers as part of their funeral rituals. However, good news is, as per the reports of the forest department, Bengal Vultures and White Raft Vultures are now being seen in increased numbers here in the state.