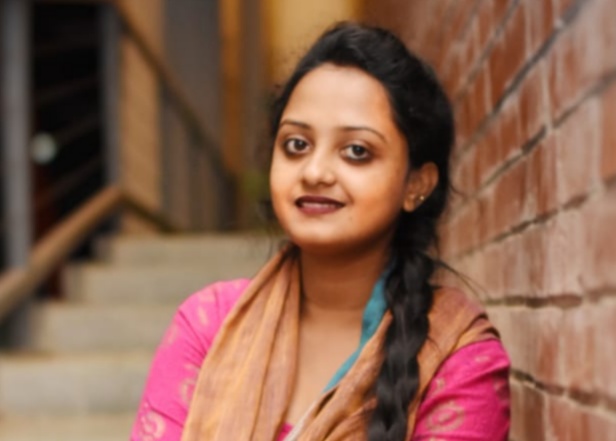 Rabindra Sangeet, a unique cultural badge that the Bengali community proudly sports, has also enamoured others from home and distant shores, since ages. In a recent development, Priyanka Sharma of Tripura attempted to rediscover the genre in Sanskrit – the oldest Indian language.

Sharma, a guest lecturer of Sanskrit in Dharmanagar Degree College, hogged all the limelight as one of her videos performing a Tagore song in Sanskrit went viral. Dr. Bhanu Sharma, former teacher of Central Sanskrit University, Agartala, initially translated the lyrics of the popular Rabindra Sangeet –‘Mon Mor Meghero Sangi’ – into Sanskrit, while Priyanka, lent her mellifluous voice to them.

The Sanskrit version of Kabiguru’s widely popular song is now breaking the internet as thousands of music lovers are listening to it and fondly sharing on their social media platforms. Right after she posted the video of her rendition, the song went instantly viral and invited wide applause from netizens. Eventually, it got shared by a popular Facebook page where the views crossed 2.5 lakh marks making Priyanka a celebrity of sorts.

“I had this on my mind for quite a long time. The ongoing pandemic actually helped me find the required time to complete the project. I couldn’t even imagine the song would get such rave reviews. It’s, of course, a matter of joy that the people are showering their love and support to our endeavour,” shared Priyanka in a telephonic conversation.

Daughter of Pannalal Sharma, Priyanka is a thespian and is involved in various forms of performing arts including music and dance. She has received a Gold Medal from Mumbai for her Sanskrit short film on ‘Beti Bachao, Beti Padao’ and has also bagged the best actress award twice for a Sanskrit play, performed in Delhi and Kerala.

Interestingly, with the pandemic in place, more and more people are taking to digital life which in turn is proving to be a boon for promotion of young hidden talents like Priyanka. With each passing day, the digital space is emerging as an eclectic arena for showcasing talents and for reaching out to a larger audience base. Priyanka’s instant fandom is a delightful testimony to this trend!