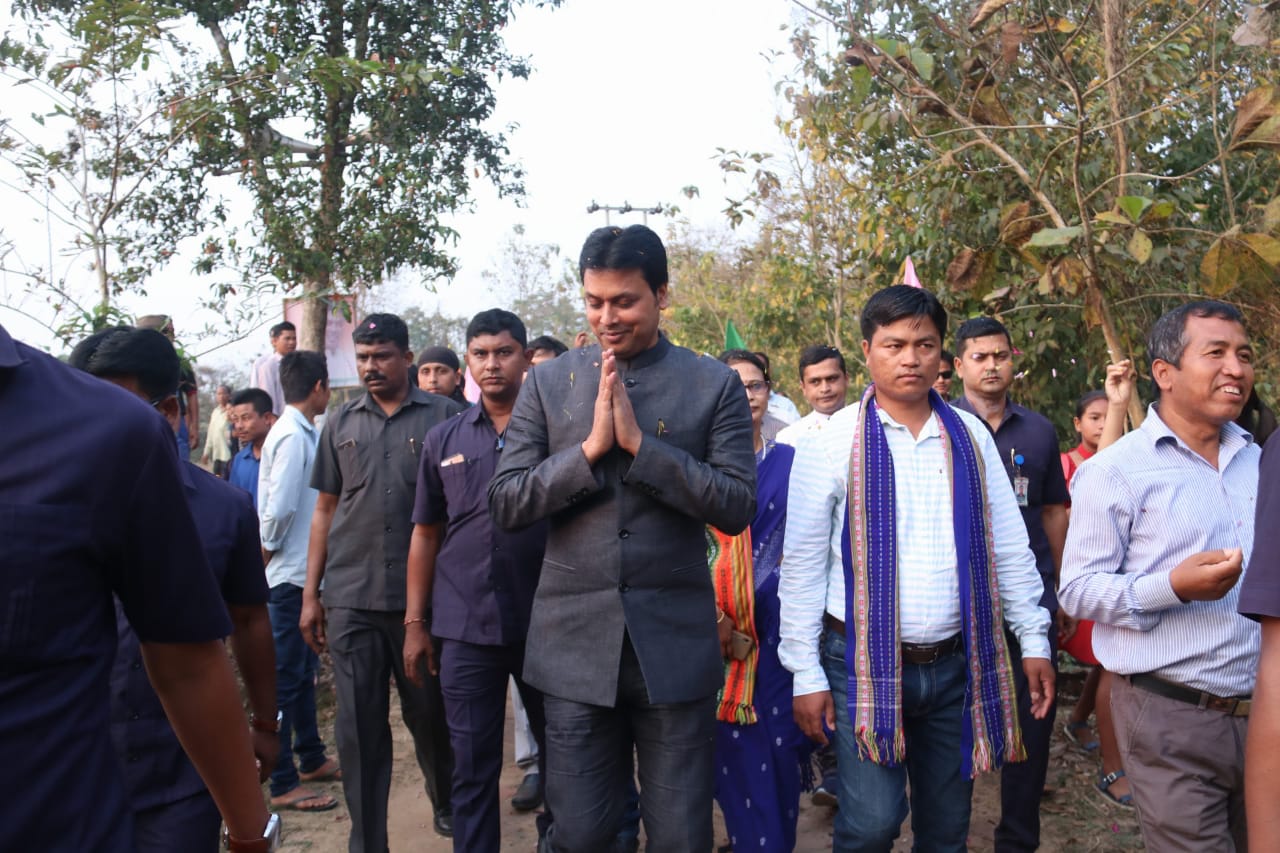 Under this mission mode project, a total of 440 brick soling roads mainly in remote areas would be constructed in the West Tripura district.
“127 km brick soling roads will be built in just three days with the generation of 1.50 lakh man-days under MGNREGA and which along with employment will also create permanent assets,” the Chief Minister told the gathering after launching the drive at Bhagalpur Gram Panchayat under Bamutia block of the district.

“Construction of 127 km roads and generation of 1.50 lakh person-days in only 72 hours—both are going to set a record in Tripura,” he said.

Talking to media, the Tripura CM said the Chief Minister said many of the small villages across Tripura are yet to have road access. Keeping this view in mind, the state government initiated this historic drive from West Tripura and the remaining districts would also be covered under such mission mode, he said.

Speaking on the central government’s Ayushman Bharat scheme, he said, “We have set a target to provide Ayushman Bharat e-cards to 20.56 lakh people and already achieved 75 per cent of its target. Besides, efforts are on to achieve 100 per cent success in various flagship programmes and schemes by March 31, 2021.”

“Works of Rs. 8,600 crore will be implemented in Tripura under National Highway projects and already Rs. 1,200 crore has been sanctioned in one year and the tender has also been called,” Deb said.

“Under Smart City Mission, CCTVs are being installed in various locations so that the crime rate comes down. After completion of Feni Bridge project, we will have direct access to Chittagong Port in Bangladesh,” he said.

Deb also assured that under ‘Atal Jaldhara Mission’, the state government will ensure free water connection to every household by December 2020.

The Chief Minister claimed that his government is working with a positive mindset and maintaining transparency everywhere for the overall development of Tripura.

The Chief Minister also spoke on the e-services introduced by the new government in various sectors during the past 24 months to bring transparency in all sectors.

Meanwhile, the Chief Minister also visited Birmohan ADC Village under Lefunga R.D. Block to inaugurate more roads and interacted with the local people and also heard about their problems.