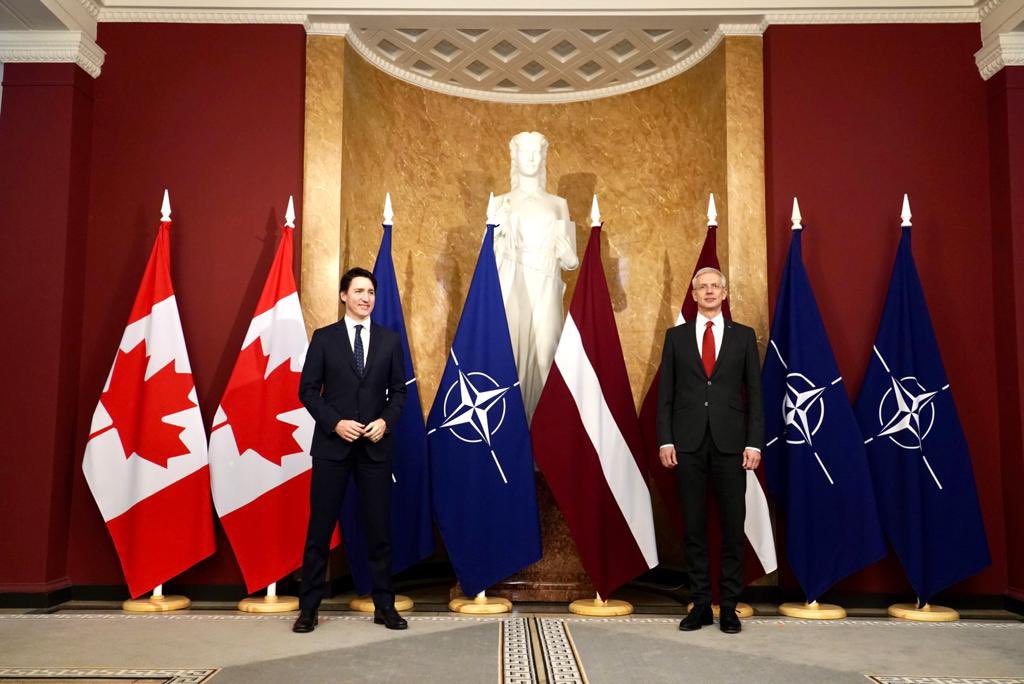 Ottawa: Canada’s Prime Minister Justin Trudeau pledged his support to the leaders of three Baltic countries bordering Russia in their fight against not only the Kremlin’s war on Ukraine but its cyberattacks on their countries.

After a daylong visit to the United Kingdom on Monday for meetings with Prime Minister Boris Johnson and Dutch Prime Minister Mark Rutte to discuss the Ukraine crisis, Trudeau departed for Latvia to meet with Latvian Prime Minister Krisjanis Karins.

In Latvia, Canada has over 500 troops taking part in NATO’s mission to reassure the three Baltic states being rattled by Russia’s violence.

After arriving in Riga early on Tuesday, Trudeau had a meeting with Karins. The two of them met virtually with the leaders of the other Baltic states.

“It’s an important time for us to be standing together, as we have in the past few years, but particularly with the situation in Ukraine,” Trudeau said.

“This is a moment for friends and allies to stand together. And that’s exactly what we’re doing. We’re not just standing up for territorial integrity… We’re also standing up for the principles and values underlying our friendship and societies.”

After his meeting with Karins, Trudeau remarked in an expanded session via teleconference with their counterparts from Lithuania and Estonia, “You are literally on the front lines of this challenge with Russia… something that is right now being weaponised against Ukraine, but also used very actively in all democracies around the West.”

Canada leads the NATO battle group against Russia, a mission that has become significant in light of the Russian invasion.

As Trudeau was joined by Canada’s Defence Minister Anita Anand during the prime minister’s four-country visit, he said that backing Ukraine by the ongoing unity among NATO allies and other democracies is a critical step to bringing the crisis to a close.

Trudeau told the Baltic leaders that Canada has the third-largest population of Ukrainians in the world after Ukraine and Russia and that Canadians are deeply troubled, and engaged by this conflict in Ukraine which nears the two-week mark.

Later on Tuesday, Trudeau will meet with NATO Secretary-General Jens Stoltenberg on the Adazi Military Base, where NATO troops are stationed in a mission led by several hundred Canadians.

The NATO mission in Latvia is one of four such efforts in the Baltics and Poland, designed to demonstrate the strength of the NATO alliance in the region against Russia.

Russian President Vladimir Putin opposed NATO’s building upon his country’s borders, NATO’s expansion into countries that were once in the sphere of the former Soviet Union, and was also offended by Ukraine’s seeking membership with NATO.