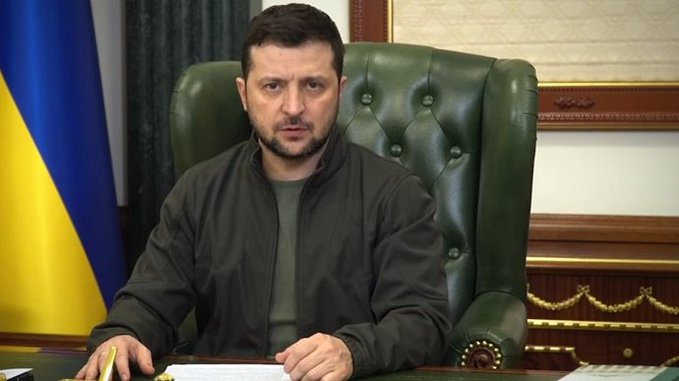 Kyiv: Ukraine has urged China to join the West in condemning the “Russian barbarism” after the United States warned Beijing of consequences if it backed Moscow’s attack on Kyiv.

“China can be the global security system’s important element if it makes a right decision to support the civilized countries coalition and condemn Russian barbarism,” Mykhailo Podolyak, an adviser to the Ukrainian presidency, wrote on Twitter on Saturday. “It is a chance to sit at the table as equals,” he added.

Moscow claimed it had struck a Ukrainian arms depot with hypersonic missiles in what is thought to be the first use in combat of the next-generation weapons.

Dozens of soldiers were killed after Russian troops struck a Ukrainian military barracks in the southern city of Mykolaiv.

Ukraine is all set to receive a new shipment of US weapons within days, including Javelin and Stinger missiles, reports said.

Russia’s invasion of Ukraine is a “very serious issue which is shaking the roots of international order”, Japanese Prime Minister Fumio Kishida said on Saturday while visiting India.

According to reports, the US president had aimed to pressurise Beijing into joining Western condemnation of Russia’s invasion of Ukraine.

State broadcaster CCTV reported Xi Jinping as saying during the call that the “conflict and confrontation” was “not in anyone’s interest”, and that “state-to-state relations cannot go to the stage of military hostilities.”

China and the United States should “shoulder international responsibilities,” Xi Jinping was quoted as saying.

He reportedly said, “peace and security are the most valued treasures of the international community.”

Also read: Is Russia planning to use bioweapons in Ukraine? The US thinks so

According to the White House, Biden pointed out consequences China could face from the US if they decided to provide economic or military assistance to Russia. There was no indication he got any assurance in return.

“China has to make a decision for themselves, about where they want to stand and how they want the history books to look at them and view their actions,” White House press secretary Jen Psaki said.

She declined to detail possible consequences Mr Biden specified to the Chinese president if his country provides support for the Russian invasion.