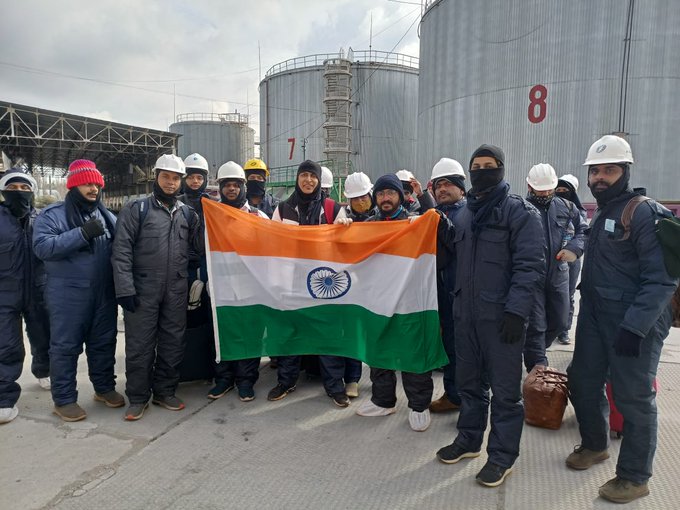 Kyiv/New Delhi: The remaining 23 Indian sailors, who were stranded in Mykolaiv Port, were successfully evacuated and are on their way to Bucharest, the Indian Embassy in Ukraine said.

The embassy said in a tweet late on Tuesday: “Successfully evacuated the remaining 23 sailors safely. They have crossed the Moldova border and are on their way to Bucharest.”

On Tuesday 52 of them were moved out, along with two Lebanese and three Syrian sailors. The remaining 23 were moved out later on Tuesday.

Earlier on Tuesday, the Indian Embassy in Kyiv said it had intervened to evacuate 75 Indian sailors stranded in Mykolaiv Port, but due to “constraints” on the route 23 sailors could not be evacuated, which would be attempted later in the day.

The sailors were in their vessel since the war broke out between Russia and Ukraine on February 24.