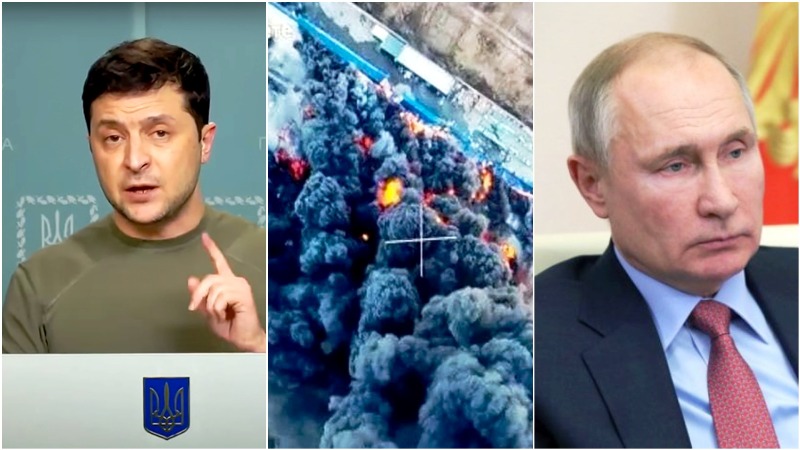 Istanbul: Ukraine’s top negotiator said that enough progress has been made at talks that took place in Turkey on Tuesday to resolve the conflict with Russia and also to enable a meeting between the presidents of the two nations.

“The results of today’s meeting are sufficient for a meeting at the leaders’ level,” Ukrainian negotiator David Arahamiya told the media.

The meeting has raised the possibility of a meeting between Volodymyr Zelensky and Vladimir Putin.

A Russian negotiator also welcomed the “meaningful” progress with Ukrainian representatives at peace talks in the Turkish city of Istanbul after a month Russia invaded its neighbour.

Meanwhile, the General Staff of the Armed Forces of Ukraine has claimed that “certain units” of Russia’s military are withdrawing from battlefronts in the capital, Kyiv, and from the northern city of Chernihiv.

“The Russian enemy did not meet the goal of its offensive operation,” CNN said in an official Facebook update on Tuesday.

However, it warned there was a “high risk” of Russian troops attacking military and civilian infrastructure.

In line with this, Russian Deputy Defence Minister Alexander Fomin on Tuesday said that the Defence Ministry has decided to significantly decrease military activity in Kyiv and Chernihiv regions of Ukraine.

“Due to the fact that negotiations on the preparation of an agreement on the neutrality and non-nuclear status of Ukraine, as well as on the provision of security guarantees to Ukraine by the Russian Ministry of Defense in order to increase mutual trust and create the necessary conditions for further negotiations, a decision was made to radically, reduce military activity in the Kyiv and Chernihiv direction,” Sputnik quoted Fomin as saying.

The official also added that Russia calls on Ukraine to adhere to the Geneva Convention and exclude the torture of prisoners of war.