Ukrainians in Canada launch fundraisers in support of war-hit homeland 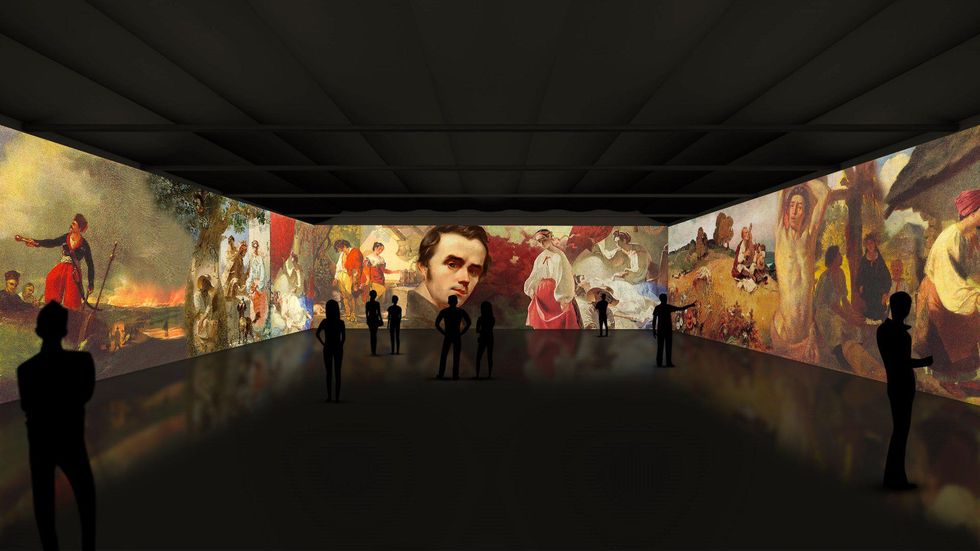 Toronto: Ukrainians in art organisations all across Canada are putting together and launching shows as fundraisers in support of Ukraine and celebrating their culture, including Ukrainian painter and writer Taras Shevchenko.

Russian-born Winnipeg Symphony Orchestra music director Daniel Raiskin in a Facebook post said: “I firmly believe that it is the duty of every artist to speak the truth, expressing himself through the art he makes. But today, this alone is not enough!”

In Toronto, Valeriy Kostyuk, a Ukrainian-born producer with Toronto’s Lighthouse Immersive art space is organising an immersive show featuring Shevchenko’s work, adding that the show was originally set to open in North America this coming September.

“(Shevchenko) wanted to promote Ukrainian culture, he wanted to be writing poetry in the Ukrainian language, he wanted Ukrainians to be independent and living on their own lands and, most importantly, free,” he said in an interview Saturday. “This is exactly what Ukrainian people are going through right now. They are fighting for their national identity.”

Kostyuk said that most of the work in the Shevchenko museum in Kyiv has been hidden away out of reach from the bombs and the shelling, some being hidden in containers used to hide precious art from the invading Nazi forces in 1941 because Shevchenko is, in a way, a spiritual and a cultural leader for the Ukrainians.

People attending “Immersive Shevchenko: Soul of Ukraine” will stand in a room whose walls are flooded with Shevchenko’s original paintings, with a background of music created by composer Timur Polyansky and based on the scores most loved and listened to by Shevchenko.

The show was first presented last October, in Odesa, Ukraine, to celebrate the 30th anniversary of the country’s independence and Kostyuk said that he hoped that Canadians or the Americans will come and see it and will support the cause.

All proceeds from ticket sales will be donated to the efforts to help Ukraine led by the Canadian Red Cross and the National Bank of Ukraine, the Lighthouse Immersive website says.

Meanwhile, in Newfoundland, local band Kubasonics took to the ice at Mile One Centre in downtown St. John’s to sing the Ukrainian national anthem before Friday night’s hockey game between the Newfoundland Growlers and the Adirondack Thunder.