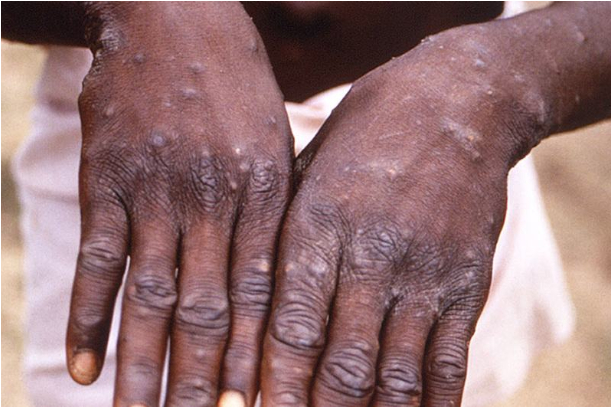 The United Nations AIDS agency has slammed some section of the media on the reporting of monkeypox virus and called it “racist” and “homophobic.” The UNAIDS also warned of  exacerbating stigma and undermining the reporting of the same.

Monkeypox can affect anyone

The World Health Organization has received reports of 92 laboratory-confirmed cases and 28 suspected cases from 12 countries not endemic for the disease.

Some cases have been identified through sexual health clinics and investigations are ongoing.

According to WHO, available evidence suggests that those who are most at risk are those who have had close physical contact with someone with monkeypox, and that risk is not limited to men who have sex with men.

Kavanagh highlighted that the agency appreciates the LGBTI community for having led the way in raising awareness of monkeypox and reiterated that the disease could affect anyone.

“This outbreak highlights the urgent need for leaders to strengthen pandemic prevention, including building stronger community-led capacity and human rights infrastructure to support effective and non-stigmatizing responses to outbreaks”, he pointed out.

The UN health agency said it is expected that more monkeypox cases will be identified. To date, all cases whose samples were confirmed by PCR have been identified as being infected with the West African clade.

Genome sequence from a swab sample from a confirmed case in Portugal indicated a close match of the monkeypox virus causing the current outbreak, to exported cases from Nigeria to the United Kingdom, Israel and Singapore in 2018 and 2019.

WHO said that the identification of confirmed and suspected cases of monkeypox with no direct travel links to an endemic area represents a “highly unusual event.”

Monkeypox is a viral zoonosis (a virus transmitted to humans from animals) with symptoms very similar to those seen in the past in smallpox patients, although it is clinically less severe.

There are two clades of monkeypox virus: the West African clade and the Congo Basin (Central African) clade.

The name monkeypox originates from the initial discovery of the virus in monkeys in a Danish laboratory in 1958. The first human case was identified in a child in the Democratic Republic of the Congo in 1970.

Monkeypox virus is transmitted from one person to another by close contact with lesions, body fluids, respiratory droplets and contaminated materials such as bedding. The incubation period of monkeypox is usually from 6 to 13 days but can range from 5 to 21 days.

The initial signs of the disease are fever, intense headache, swelling of the lymph nodes, back pain, muscle ache and weakness. In many patients, skin eruption is also seen.

In view of the rise in monkeypox cases across the world, the Centre has directed the National Centre for Disease Control (NCdC) and Indian Council of Medical Research (ICMR) to keep a close watch on the outbreak of monkeypox. In India, so far, there have been no cases of monkeypox.

If the cases continue to rise, the health authorities may start random screening of people arriving from the affected countries.

However, the good news is that the smallpox vaccination works against this disease.