More
More
HomeUncategorizedVaccination atop the Himalayas

Vaccination atop the Himalayas 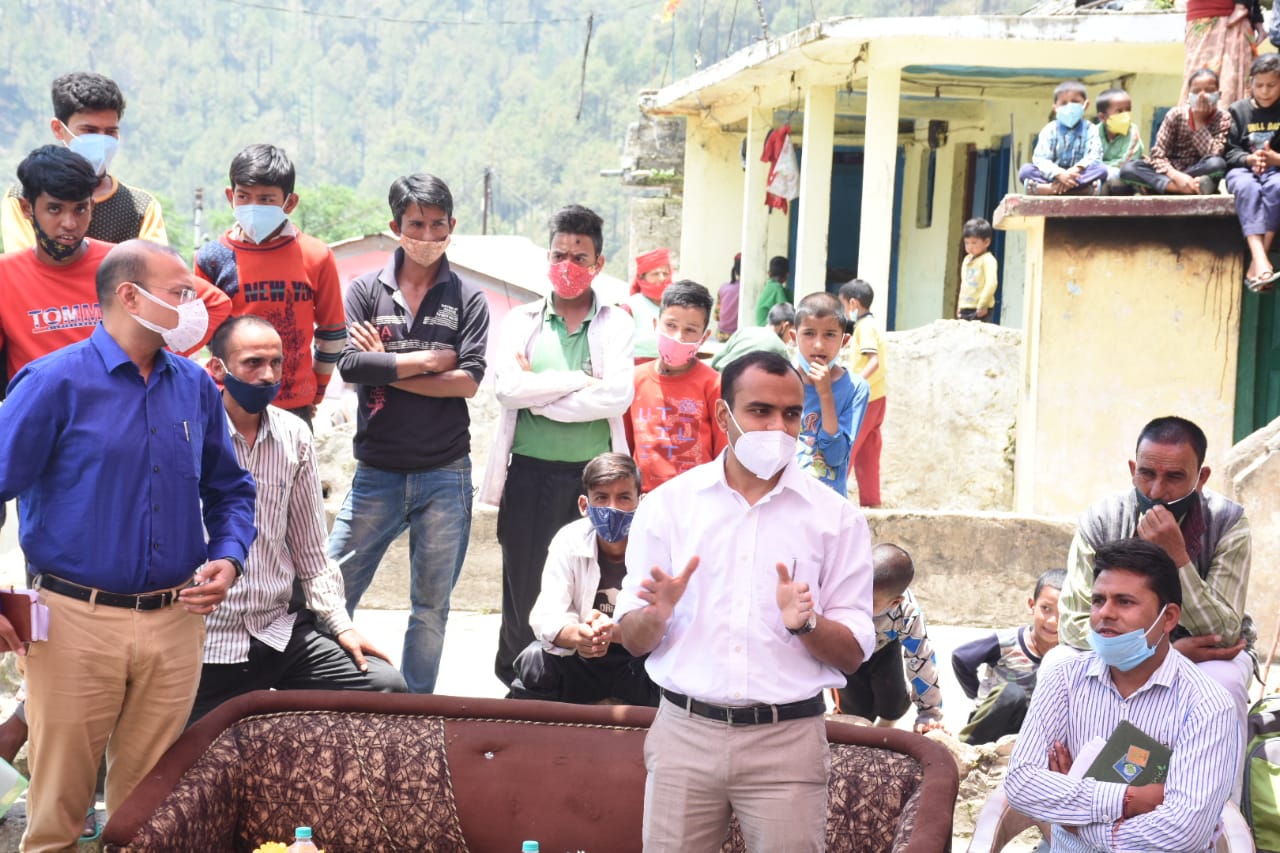 The vaccination juggernaut is running across the country under strict SoPs created by adopting global best practices. The public and private healthcare structures are working diligently to vaccinate a massive population of more than 1.3 billion people living in some of the remotest places. An army of bureaucrats, police officials state healthcare workers, NGOs, Asha workers are breaking all barriers to inoculate the last possible netizen of the nation.

Uttarkashi, a district located in the divine Uttarakhand have achieved much success in vaccinating its adult population. Though it was not an easy task for the district administration and the man who led this mission from the front, Mayur Dixit, IAS.

“The vaccination drive is in full swing; we are running the vaccination camps amidst heavy monsoons. We have completed vaccinating 75 percent population of the state with at least one dose”, informed Dixit, DM Uttarkashi.

A strong team of health workers of the district including ASHA workers, ANM and pharmacists reached some of the most impervious locations spread across the district and vaccinated people. The district administration has started near-home facilities for vaccination through this process.

Even before the pandemic, WHO identified vaccine hesitancy as one of the major roadblocks in creating a healthy world free of diseases. To date little, more than 4 percent of India’s population is vaccinated and apart from combating issues like population, an unequal balance between demand and supply and last but not least, taboos that cloud the nationwide vaccination drive that was rolled out on the 16th of Jan 2021.

“To overcome this challenge, we have used the influencer marketing strategy. We vaccinated the top officials; renowned people from the district of Uttarkashi to motivate the commoners and erase the vaccine hesitancy”, revealed, Mayur Dixit, IAS.

District health workers and other officials have constantly tried to rebuff the fake news that is circulated about the vaccine. The team of the district administration kept a strong vigil on social media and sensitized people on the positive impacts of the vaccine. “We tried to remove the fear factor through discussions, house visits and other means of communication,” said Dixit.

The second wave bruised the state of Uttarakhand like any other state of the country. Though it is observed that mortality rates amongst the vaccinated people were less. “We popularized this news and received an overwhelming response from the people of the state who were initially hesitant of the vaccine”, informed the 2012 batch IAS officer.

Scaling up the healthcare:

The district administration along with the netizens of Uttarkashi created a revamped healthcare skeleton for the district. More than 380 oxygen beds were created in the district to fight the COVID-19 wave. Upskilling of the supporting staff, nurses and other health workers were initiated on war footings.

The number of beds for children has been increased from 5-6 earlier to 60 beds now. Special ambulances for pediatric purposes have been arranged. The district administration has also procured devices and instruments especially needed for pediatric care and have trained their supporting staff in using them.

The community was made involved in the vaccination drive. Village Monitoring Committees were established in all the villages usually headed by the gram pradhan. The local teachers, local ASHA workers, Anganwadi, NGOs working there, Nehru Yuva Kendra, NCC cadets and even Yuvak Mangaldal and Mahila Mangaldals were roped in. They were made responsible for identifying people who were eligible for vaccination and motivated them and got them to the nearby locations where the shots were administered. Some NGOs even helped elderly people to commute to the vaccination centers free of cost.

District Magistrate of Uttarkashi said, “The Gram Pradhans played a pivotal role in this vaccination drive. They influenced and informed the people of the village on vaccination. They coordinated with the health officials and made things easier for us.”

The state of Uttarakhand has lost thousands of lives in the second wave of the pandemic. The state struggled initially to deal with the pandemic’s blow in May 2021. The government of Uttarakhand took stern steps and mobilized resources to the far-flung villages of the districts such as Uttarkashi to deal with the rising numbers of the COVID-19 cases. “Initially, the task was difficult. We faced a lot of challenges to beat the virus, but we have achieved this success and managed to save lives because of the relentless efforts of my team. They stood beside me and believed in me”, said IAS Dixit.