Vaccination is the only option for rural India, Gujarat’s Banaskantha shows way 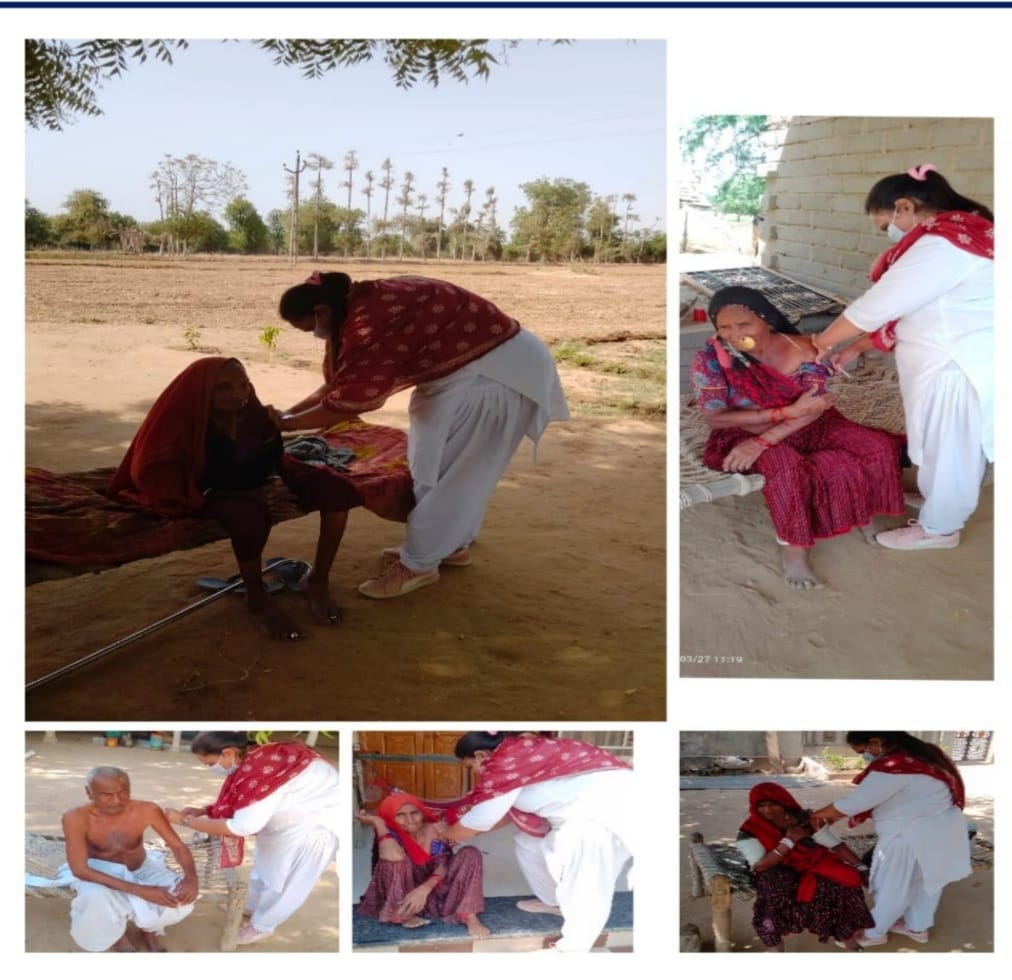 While most of India remains unvaccinated against the novel coronavirus, as many states continue to report vaccine shortages, meanwhile the virus has spread to the rural heartland of North India. Against this backdrop, it is encouraging to note that Banaskantha, one of the largest districts in Gujarat having primarily a rural population of 40 lakh, has vaccinated 98% of its population (first dose) above the 45 plus age group.

This remarkable feat has been achieved owing to the efforts of the district administration led by the Collector, Anand Patel, IAS, through a participatory approach.

Need of the hour

It took no time for the district administration to understand that vaccination should be the key weapon to fight against the ‘invisible enemy’. “Since we are a remote district located far from the city, it was clear to us we would not be able to provide hospital facilities similar to those in Ahmedabad or other big cities. Vaccination was the only available choice for us and that too free of cost,” Anand Patel reasoned.

“We had also witnessed that in many countries like Israel, UK, and USA, where the pandemic is under control, vaccination was the key factor. Hence it became the single agenda for us to cover as many people as possible,” he added.

The Union Government allowed people above 45 years of age to get vaccinated on April 1, 2021. While talking about the present vaccine shortage faced by many states today, Anand Patel, IAS, said, “We knew that once cases rise the demand for vaccines will surge, leading to shortage. So on April 1 itself our strategy was to target at least 40 to 50 thousand people daily. Half of the vaccinations were done in the first 10 days.”

Engaging all to ensure maximum coverage

Banaskantha has an excellent network of cooperative milk societies in rural areas. “Every village has a milk collection center where rural people go every day. So we tied up with these cooperatives and included them in our vaccination effort,” said the Collector.

Religious leaders were roped in the vaccination drive as well. There are two tribal talukas at Banaskantha, Amirgarh and Danta. House to house vaccinations were conducted in those talukas. The Ambaji Mandir, one of the Shakti Peeths, located at Danta tribal taluka is a famous tourist destination. “The occupation of most of the people residing at Danta is centered around the Ambaji Mandir. We reached out to the Chairman of Ambaji temple trust and initiated our vaccination program with people working at the temple. Hence people got motivated. They thought that if people from the temple can undergo vaccination why can’t we?” Anand Patel, IAS, informed.

Banaskantha also has many ashrams and the district administration reached out to them as well. “We also requested the Jamat-e-Ulema, and the Ulemas also came forward and participated in our efforts and took their shots. This motivated the minority community as well,” Anand Patel IAS said.

Women Self Help Groups and Agricultural Produce Marketing Committees (APMCs) were also involved in the vaccination drive. “APMCs have a good hold over farmers in the rural areas,” the Collector explained the move.

“We sent our teams to different galis and mohallas wherever we could reach to cover maximum people. We were also helped by the Sarpanch leaders,” he added.

Shri Vijay Nehra, IAS, the Commissioner and Secretary of Rural Development, Gujarat who has been appointed as the Covid in charge of the Banaskantha district tweeted, “The success was the result of detailed micro-planning, meticulous execution and close monitoring. The central theme was to involve PRIs and community leaders to gain the trust of the citizens. Sessions were planned in a demand responsive manner and a combinational strategy of a static plus sweep approach was used.”

In common parlance it is believed that due to low literacy rate in rural areas it becomes difficult to convince them about proper health measures. However in contradiction to our preconceived notions Anand Patel tells us a different story.

“We often think vaccine hesitancy to be a problem in rural areas. Initially, many people were reluctant to get vaccines. However, as most now know that COVID cases have the pattern to start rising in the big cities, followed by small towns and then ultimately to the villages, when cases started to rise in Ahmedabad, Surat and Vadodara people got alarmed. This helped us in motivating them to take the vaccines,” the District Collector informed.

“We have felt that rural folks have more attachment to the government than in the urban areas. This is because they are more dependent on the government for their day-to-day activities owing to limited presence of the private sector in the rural or tribal areas. The presence of Common Service Centers and Primary Health Centers in those remote places help us serve them better. So we have a good rapport with the people which makes it much easier to convince them,” the District Collector said.

Strategy for the rest

The Union Government has allowed vaccinations for all adults above 18 years of age from  May 1, 2021. In Gujarat, in the initial phase, only 10 big cities or districts like Ahmedabad and Surat are allowed to vaccinate people within the 18-45 age groups.

The district administration of Banaskantha has the target to vaccinate 16 lakh people in the 18-45 age groups. However, since it is not possible to cover so many people at this moment the district administration has asked every Sarpanch to prepare a list of those citizens only who belong to the ‘Super-spreader’ category. “This comprises people who come in contact with many individuals in their day-to-day activities like merchants, vegetable-vendors, shopkeepers, pharmacists, people working at tea-stalls and the like,” the Collector informed.

We are aware of the digital divide in rural India. Registration through the Cowin portal also needs some technical know-how. However the Collector said, “We have e-gram facilities at every village of Gujarat. Every gram panchayat has broadband connection. So patwaris and talatis (Gram Panchayat secretaries) facilitate the registration process. Wherever it is not possible we will be preparing a list and facilitating the registration process for those people on the Cowin portal.”

Talking about the Covid situation in the district he said, “It looks like we have crossed our peak and are moving towards a declining trend. Initially we faced some problems with the oxygen supply but now we are receiving more and more PSA oxygen plants from the government and through CSR as well,” informed Anand Patel, IAS. The district administration has also started preparing for the third wave. Hospital bed capacity is being improved. “Our aim is to ensure that every village has some oxygen bed facilities available,” the Collector added.

Take a cue from Banaskantha

“Looking at the rural health infrastructure in our country I think vaccination is the only easiest and the most cost-effective method to mitigate this health crisis. If we have enough doses available, our strategy should be to vaccinate maximum people on an immediate basis,” Collector Anand Patel IAS suggested.

May this successful role model get suitable replicated in the country!