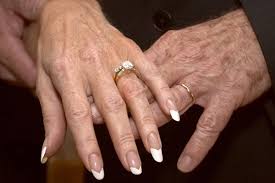 Wedding is a mega affair in India. Millions of young couples across the country take marital vows every year. A recent tabled data revealed that the average market size of the Indian Wedding Industry has already crossed 3 lakh crore and expected to grow manifold in the post COVID era. But the market for the marriage of senior citizens is still anonymous and shrouded with taboos and inhibitions. Though several golden-agers across the country are stepping forward and breaking the glass ceilings and fighting the societal taboos. Vasantham Remarriage Service is one such organization that is becoming a harbinger of hope for thousands of such senior couples.

Through their digital platform, they are breaking barriers and shaping lives of many lonely souls. “Everyone deserves a second chance”-said Vasant, the founder of Vasantham Remarrraige Service. He also believes that remarriage and elderly marriage is natural and there should not be any shame in that. The site encourages men and women from the age group of 20 to 70, to start or ‘restart’ a new life. Vasant has been recognized with awards like Seva Ratna, Manithaneya Mamani, Marumana Thilagam for his honest and genuine endeavors. He has also been introduced to the audience and readers through newspapers and TV shows where he reiterates that age should not bar the way into a happy life.

We got in touch with one of the prime staff of Vasantham Remarriage Service to know more about the initiative who opened a whole new world to us. Smt Vijialakshmi believes, after retirement and while getting old, a person gets very lonely and needs someone in their life with whom they can spend time and share things. “At first people hesitate to ask for a partner, they would even think about the family members’ reaction to this decision. But they have opened up since then and we see that many of these remarriages are successful.

Our cultural indoctrination makes us believe that marriage is for the young and beautiful. Concepts of elderly marriage, or remarriage were alien till a few decades back. Women were especially forbidden to think of their future once she became a widow. Men in the same scenario were, and still are free to marry more than once, at any age. In this 21st century as people become more matured and aware, marriage of elderly people is slowly getting recognition. That said, many families are still against remarriage or elderly marriage but once.

After a certain time in life, when children grow up and settle their life, the singer mother or the father gets lonely. In this scenario, wanting to spend quality time with one another, and start a life again is a natural human urge. Vijialakshmi says, “Companion is a blessing, which should be given to everyone despite age”. Team Vasantham wishes to take their endeavor all over India, spreading love. Complete process of marriage.

“We get profiles of known ones which mostly come through reference and advertisements,” added Vijialakshmi. Registration process is free and requires a photo of the candidate, divorce papers if divorced and id proof. Minimum package is for 3 to 6 months and maximum is for one year. Profiles get shared through email and WhatsApp.

As part of the 21st century we are gradually moving towards a progressive society and showcasing our positive outlook in various ways. However when it comes to remarriage of elderly people the taboo continues. 26 year old Soham Das a resident of Maithan and currently based out of Delhi comes from a highly modern and progressive family. However his views on elderly people’s remarriage seemed to be something many youngsters would relate to, “I will not deny the fact that if such a situation would take place in my family then at first I too would be in a state of shock even though we call ourselves progressive and modern. This may sound hypocritical but it is true. Somewhere despite being modern we are still bound by thoughts and stigmas. I still feel that it is a good thing that there should be a second chance for everyone but as a person I still need to adjust with it and digest the fact. But eventually I’m sure I will accept it and get used to the fact. A remarriage of any elderly or single person is not easily accepted in society today but if something like this keeps happening often then acceptance will grow, says Soham.

Srijani chattopadhyay, a 25 year old girl from Kolkata has a different view on elderly marriage and remarriage. “To me elderly marriage and remarriage of an aged person is absolutely okay. Nobody questions when a young couple gets married or a young person remarries, then why do the elderly or widowed people get all the nasty looks from society? Love does not see age, does not see religion and doesn’t have to be for humans in particular. Stopping people from fulfilling their desires is unfair and unjust. One needs a companion all the time, one deserves it. It’s our choice how we want to live life. It’s our wish whom to marry, when to marry. Being divorced is not a crime; it simply means a couple had their differences. Similarly getting widowed and remarrying isn’t a crime as well. It means giving another chance to live life happily. I wanted my grandmother who got widowed at a very early age to remarry. But my mother said no to it, as she was concerned how society will take it. Does society become a companion when one feels alone?” questions the young mind.

Psychologist, Samadrita Bhattacharya, Consultant Psychologist, Life Coach, and NLP Practioner and Coach at Mindfully Yours says the problem faced by a widowed mother, especially when her children are grown up, is the negligence she receives from them. She also has a life, and she has her needs and wants. But if she asks for her right to remarry then the society including her children start looking down upon her. “We need to sensitize people more about elderly marriage. The point is one should always have the right to fulfill choices. One needs companionship at all ages. It would be unfair to say that one has to forcefully live alone. With children grown up and living afar, single elderly people often worry who would look after them if they fall sick. We need to be more vocal about this issue; we cannot just ignore the fact and push one into loneliness. Children should be taught from the very beginning to respect the choices made by parents and others to break this false narrative and build a strong view on how to respect each other’s choices,” shares Miss Samadrita.

If one is in a dilemma between what she wants and what the society might think, then counseling can be a good option. If the family members are against it and create trouble then also a therapist can help address the issues.

However, another problem in this is the property issue. When one dies, the other partner gets the deceased’s property, which eventually goes to the next generation. Therefore, we often see resistance in remarriage of a window or widowed person, as it would mean new heirs. That is a big problem and here too help from professionals is the right way of approach.

People like Vasant are doing a tremendous job in bringing in lonely souls together. Life is to be lived to the less, no pressure, taboo or fear should stop one from chasing dreams and fulfilling desires!