More
More
HomeEntertainmentAll About EntertainmentWe should not look at mental illness as a taboo, says Rajkummar...

We should not look at mental illness as a taboo, says Rajkummar Rao 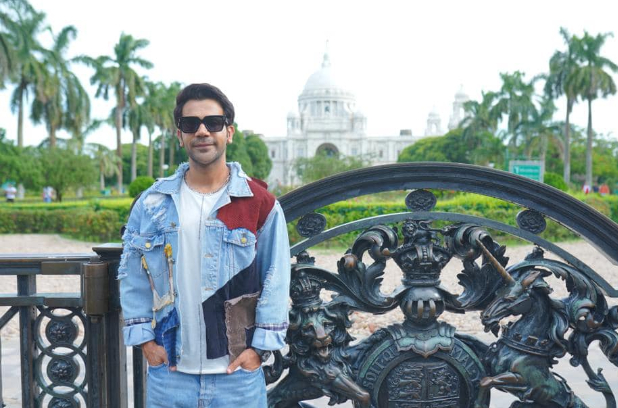 Much before Rajkummar Rao became a dependable name in Bollywood’s alternative film scene, this unconventional yet highly talented actor had tried his hands in Bengali cinema. Reportedly, he shaved his body and even spent two months learning Bengali for Rahool Mukherjee’s (Kishmish director) film Ami Saira Bano. After being shot for a few months, the film got stuck. This was way back in 2016. Even today when Rajkummar Rao returns to Kolkata, he recalls being part of Ami Saira Bano and how excited he was to do the film.

Kolkata is a city he loves coming back. His wife Patralekhaa is a Bengali, and therefore, he, too, shares a strong connection with the culture here. Also, having studied at the Film and Television Institute of India (FTII) in Pune, he has closely followed the works of Satyajit Ray, Ritwik Ghatak and Mrinal Sen. “I like to learn new languages. I will be happy to be a part of a good Bengali film. However, I don’t know why Ami Saira Bano was shelved,” said Rajkummar Rao in Kolkata while promoting his latest film HIT: The First Case.

In the crime thriller, HIT: The First Case, which is a Hindi remake of a Telugu drama, Rajkummar plays a fierce cop battling with Post Traumatic Stress Disorder (PTSD). But this is not the first time Rajkummar would be seen playing a policeman. Earlier, in Badhaai Do and 5 Weddings, he was seen wearing khaki too.

The National Award winner said it was physically and mentally taxing to play the cop, Vikram Jaisingh, who is on the trail of a missing woman while he struggles with mental health issues.

“Vikram Jaisingh comes with baggage and gets panic attacks. After Omerta, this character in HIT had drained me both physically and mentally,” said Rajkummar, who had impressed the audiences with his powerful performances in films like Shahid, Aligarh, Trapped, and Newton.

HIT also talks about mental health issues, which Rajkummar thinks is extremely important in today’s society. “In a lot of research, it has been found that a huge percentage of people, especially the young generation is unaware of depression or being in clinical depression. We should start talking about mental illness. We should not look at mental illness as a taboo. We should take help from doctors, and therapists. In fact, in the film my character goes to a therapist for counseling. So, this film can help in starting a conversation,” he said.

The actor didn’t have any reference to play a cop with panic attacks. So, he had to do a lot of research and watched many videos of real people. In fact, in HIT, Rajkummar can be seen doing action for the first time. “However, the action sequences are raw and real,” said Rajkummar, who is trained in taekwondo.

So, what does he do when he feels low? “If I am feeling low, I let it be,” the Ludo actor said.

In HIT, Rajkummar also paired up with the beautiful and talented Sanya Malhotra. The Chhalaang actor said he was following her work for some time and wanted to collaborate. “Sanya is a fabulous actor and whenever you have a fantastic co-actor, your work is also enhanced. Sanya is also a dear friend and I was looking for an opportunity where we could work together,” he said.

These days, South stars are becoming overnight sensation in Hindi films, but Rajkummar is not bothered. In fact, he believes the difference between the film industries has ended. “We are making pan-Indian films now. The films are no longer restricted to one region. Films of SS Rajamouli sir, or films like Pushpa: The Rise or KGF: Chapter 2 have done fabulous business across the world. So, it’s time we all think we are a part of a single film industry and call it the Indian film industry instead of dividing it into Tollywood, Bollywood or Kollywood,” he said.