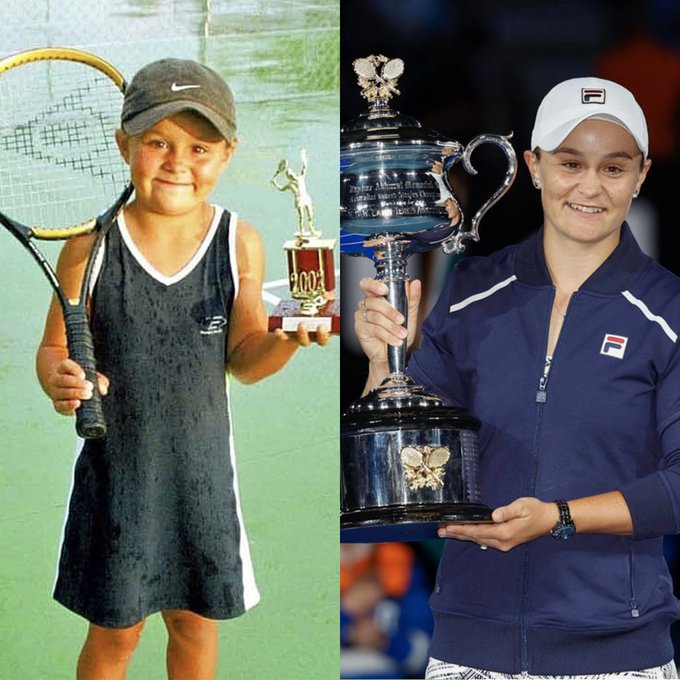 Queensland: Australian Tennis star and world No. 1 Ashleigh Barty left the sporting world stunned by announcing her retirement at 25. The three-time Grand Slam winner announced her decision in a video post on Instagram.

“Today is difficult and filled with emotion for me as I announce my retirement from tennis. I wasn’t sure how to share this news with you so I asked my good friend @caseydellacqua to help me,” Barty captioned the video.

“I am so thankful for everything this sport has given me and leave feeling proud and fulfilled. Thank you to everyone who has supported me along the way, I’ll always be grateful for the lifelong memories that we created together,” she said.

The Australian won three Grand Slam singles titles on three different surfaces – Roland Garros in 2019, Wimbledon in 2021 and, most recently, the Australian Open in 2022 – and has spent a total of 121 weeks atop the WTA Rankings.

Barty’s most recent triumph at the Australian Open will most probably be remembered as her most impactful victory as she became the first Australian to win the title at her home Grand Slam event in 44 years, and in convincing fashion without dropping a set.

She becomes the second reigning World No.1 ranked woman to retire while gracing the top of the WTA Rankings. Justine Henin retired on May 14, 2008, after spending 61 consecutive weeks at No.1.