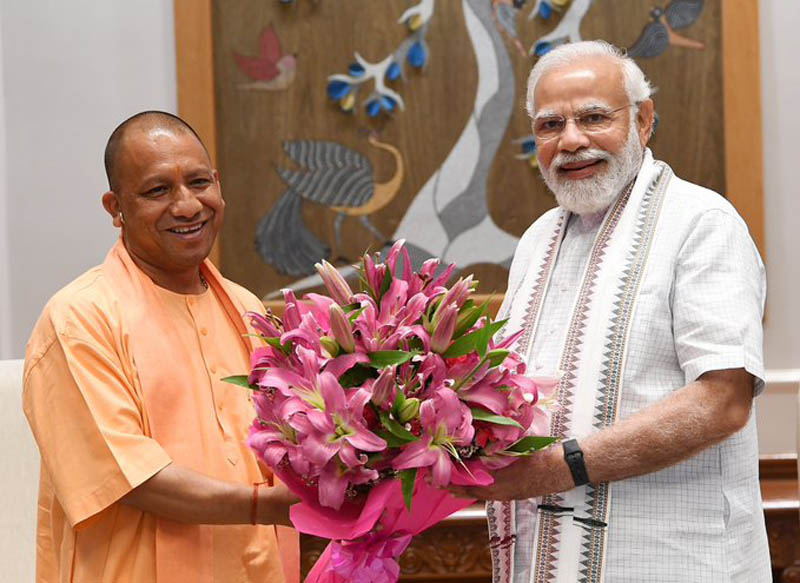 Modi said he appreciated Yogi for scripting a historic victory in the state polls. He added that he hopes to see Yogi delivering strongly to make the lives of people in UP better in the upcoming years.

“Met Yogi Adityanath Ji and congratulated him on the historic victory in the UP elections. In the past five years, he has worked tirelessly to fulfil the aspirations of the people. I am sure that in the years to come, he will take the state to greater heights of development,” the Prime Minister tweeted.

The swearing-in of Yogi Adityanath as the 23rd chief minister of Uttar Pradesh is likely to be after Holi with the BJP making preparations to make it a grand event.

“The swearing-in will be a grand event with Prime Minister Narendra Modi, Union Home Minister Amit Shah, Defence Minister Rajnath Singh and other union ministers attending the function. LED screens would be put up across Lucknow and the same will be beamed live across the state,” a senior BJP leader said here on Saturday. He said the BJP is likely to hire LED vans and show the swearing-in function at the block level.

“The final print of the swearing-in function will be ready after Yogi Adityanath will have meetings with the Prime Minister in New Delhi. He is likely to go to Delhi tomorrow and meet senior party leaders and ministers. He will also take guidelines from senior leaders and the Prime Minister about the constitution of his cabinet,” the BJP leader said.

Meanwhile, Yogi Adityanath has given a go ahead to the bureaucracy to start implementing the promises the BJP had made to the people during elections.