More
More
HomeHealthNabhit Kapur- A man with a mission

Nabhit Kapur- A man with a mission 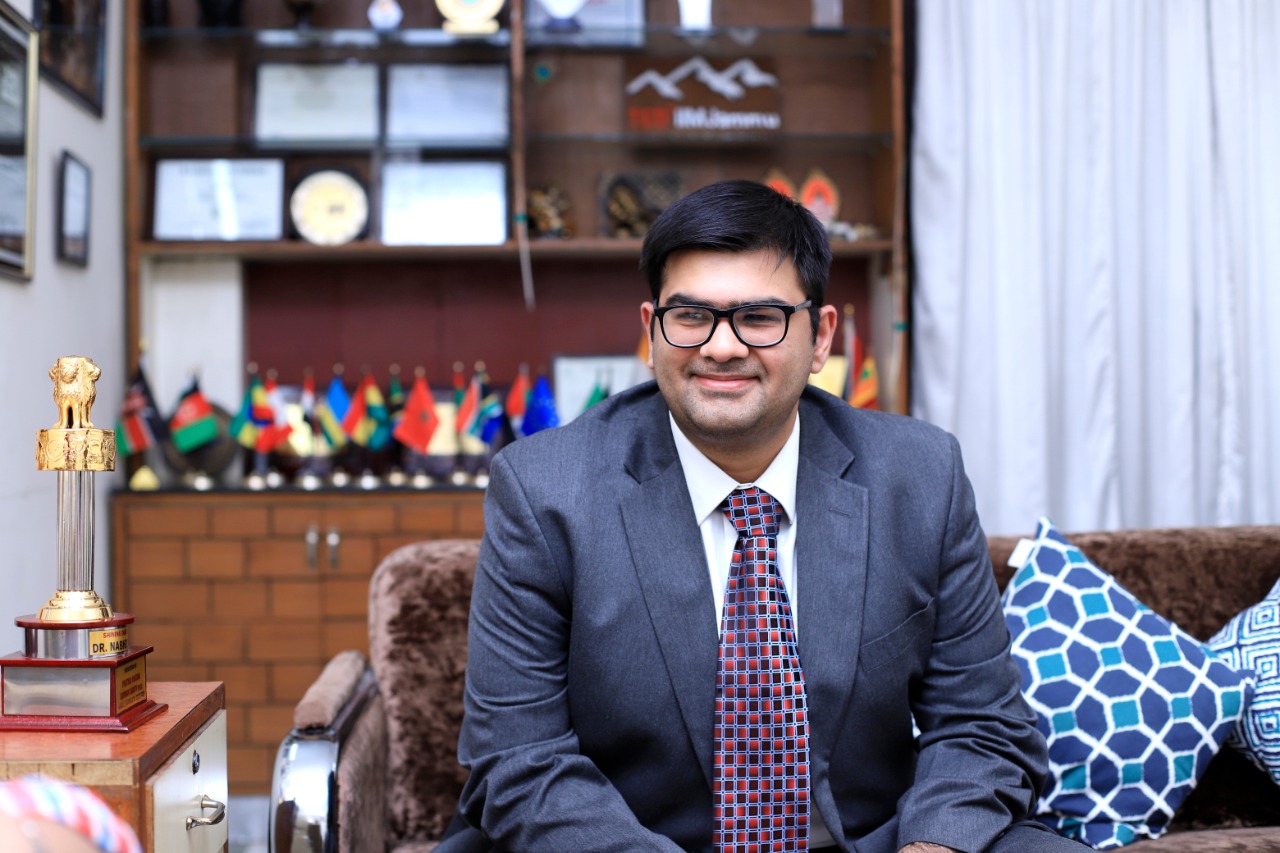 If you think that only elderly and experienced people should contest for the United Nations Secretary General Elections you are certainly living in the past. Nabhit Kapoor, the 33 year old founder of Peaceful Mind Foundation, a world renowned psychologist and a well known face in many African nations has recently filed his candidature for the 2021 UNSG elections.

Professor Nabhit Kapur is a Delhite who graduated from Amity University and did his post graduation from Institute of Behavior and Management Sciences. He holds a doctorate from Atlantic International University. “When I was in school, psychology was a newly introduced subject. I was intrigued by how the human mind works and how the behavior of a person is determined,” he said.

Today it is a global organization with various people on board working in different capacities on different projects having a single motive- “To make psychology a household term.”

Talking about the initial challenges he faced, Nabhit Kapur said, “Since nothing was planned we did not foresee any challenges. It was difficult to start an organization from scratch, without much funding and no one to guide, but eventually I overcame the challenges and it was a good experience.”

A change in perception

Mental health is usually regarded as a taboo in Indian societies and people tend to ignore mental health issues. Nabhit Kapur said, “People know about the consequences of ignoring their mental health but they do not perceive it to be important.”

“If you have a fever, cough or cold you might consult a doctor because you know it will hinder your daily routine. But if you are going through some issues in life which are concerning your psyche and your mental well being, you hesitate to share it. You think everything will be fine. However, such ignorance may complicate or aggravate things later on,” he explained.

“We should at least start talking to somebody whom we are close to because he or she is our primary caregiver. We need to start perceiving that mental health as an important part of our existence,” he advised.

Professor Nabhit Kapur is known for his work in Africa, the Pacific, the Caribbean and the Middle East. In 2018 he was nominated as the Peace Laureate by African Child Foundation.

“Once I went to Mauritius to receive an award, I met a lady from Malawi who invited me to her country. She is currently a Minister in the Republic of Malawi. From that point I started meeting people in Africa, talking to them about our projects in mental health and I got a lot of support”.

Being an advocate of mental health throughout the world he is always in the lookout to connect with people from the Pacific and establish collaborations with them. Peaceful Mind Foundation has recently collaborated with Nauru and Micronesia in the Pacific.

Running for the Secretary General of UN

Nabhit Kapur might be one of the youngest contenders in the United Nations Security General Elections this year. “It was a very sudden thought which occurred to me. People whom I work with inspired me to go for it. Winning or losing does not bother me but the journey of it and the experience is thrilling. The process is still going on and I am happy with my progress so far,” he shared.

Nabhit Kapur has already sent his nomination letter, his expression of interest with his vision statement to the President of the General Assembly and the Security General. He has also started his election campaign.

Nabhit Kapur warns of an outbreak of mental health issues like anxiety, depression, PTSD and stress once the pandemic is contained. “The mental toll of the pandemic would be high,” he said.

“Don’t watch too much negative news, write a diary, talk to people and get involved in different activities. It is important not to lose hope. Nobody was qualified to fight the health crisis and the way we are fighting it is commendable. So maintain calm, be with each other and talk to each other. When you are talking it gives you and others hope. Hope is the only thing that will help you sustain right now,” he advised.

Nabhit Kapur believes that the UN needs some internal reforms. “I have seen people talk and write about peace but there is little execution on the ground. The UN needs to be proactive and start intervening within countries as well.”

Nabhit Kapur aims to promote peace and mental health for all and work towards the psychosocial care of refugees. He wants to focus on education as well.

His collaborations at Delhi

Nabhit Kapur’s team is presently working with the Delhi Police under the guidance of Special CP Crime Branch. His team is looking into the mental health of Delhi Police personnel during the pandemic.

Peaceful Mind Foundation has also started collaboration with the Delhi Municipal Corporation in 2019. They are taking care of the mental health of more than 33000 employees by conducting stress management classes and workshops. They have also worked with Kendriya Vidyalayas in the recent past.

His message to young leaders

The young UNSG candidate wants to connect with people and work towards a peaceful society where mental health is not considered a taboo and is given due importance. For the young leaders of tomorrow he said, “Do not think about winning. Whether you are an entrepreneur or a start-up owner, winning or losing should never be the motive. You have to give your cent percent and leave no stone unturned in whatever you do. Your goal should be to make a mark and impact on the lives of people in a constructive way.”

All the best Nabhit!