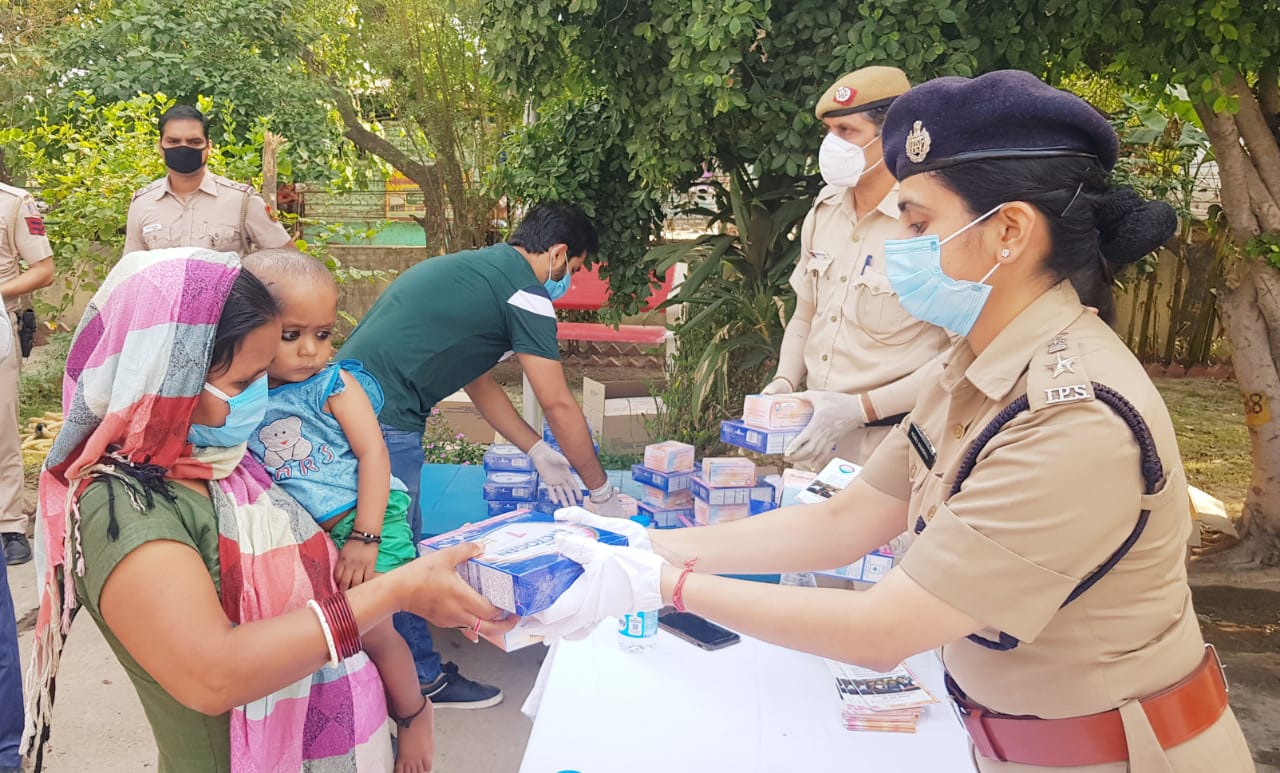 The pandemic followed by the subsequent lockdown brought upon immense misery to daily wage workers. The long walk home of the migrant laborers left us disturbed. Nationwide efforts were afoot to provide cooked food or dry ration to the phalanx of humanity. However the plight of the refugees hardly made any news. Working solely in this space is Ladli Foundation which has been instrumental in providing dry ration, hygiene kits and baby milk to refugees at various locations at Delhi throughout lockdown. In 2020, Ladli Foundation received the Special Consultative Status with the United Nations Economic and Social Council.

“Food and ration were being provided to the residents of Delhi by the Delhi government. However the refugees who had no identity card, were being left out,” said Devendra Kumar, the founder of Ladli Foundation. They have been continuously conducting drives at various refugee camps at Delhi like Rangpuri Pahari, Vasant Kunj, Sanjay Colony, Majnu ka Tila and Bhati mines. Among those staying at the camps, only 900-1300 refugees are registered with the United Nations High Commissioner for Refugees (UNHCR) while thousands are unregistered.

The lockdown adversely impacted the income levels of the daily wage earners. The marginalized were left with very little resources to spend for food. The plight of women was particularly miserable leaving mothers of new-born babies helpless. “When we saw that no one was catering to the children and newborn babies we thought of developing a program that would cater to children in a specialized manner,” shared Devendra Kumar.

The Ladli Foundation has helped more than 2 lakh families so far in association with Delhi Police. They have provided them with COVID protection kits which consisted of sanitary kits, soap, sanitizer, masks along with sanitary pads, dry ration for one month, and IEC material on how to protect mothers of newborns and also the baby milk.

Helping out the juvenile delinquents

Devendra Kumar had been brutally beaten up by some delinquents in his childhood. This incident gave him the push to work towards these targeted communities and help them out from misery. This gave birth to his Josh program.

Through this program the Ladli Foundation works in 20 locations, diverting young delinquents who are at times drug addicts or involved in substance abuse from malpractices. These young minds are provided training in yoga, mental health and volleyball. Delhi Police helps Kumar in identifying such individuals from their Pink files, which Delhi Police maintains as a record of juvenile delinquents.

The Ladli Foundation also helps to get them registered in Delhi Police Yuva program that is functional in 22 police stations. This program was launched to connect with the youth by upgrading their skills as per their competencies and facilitates employment under the Pradhan Mantri Kaushal Vikas Yojna of the Ministry of Skill Development.

Collaborating with the Delhi Police

Devendra Kumar has also raised the issue to prioritize women’s health with the UN Secretary General recently. He had stressed upon ending gender based violence which, he says, would help us to double our Gross Domestic Production levels.