More
More
HomeUncategorizedLife is what you make of it: Up & beyond

Life is what you make of it: Up & beyond 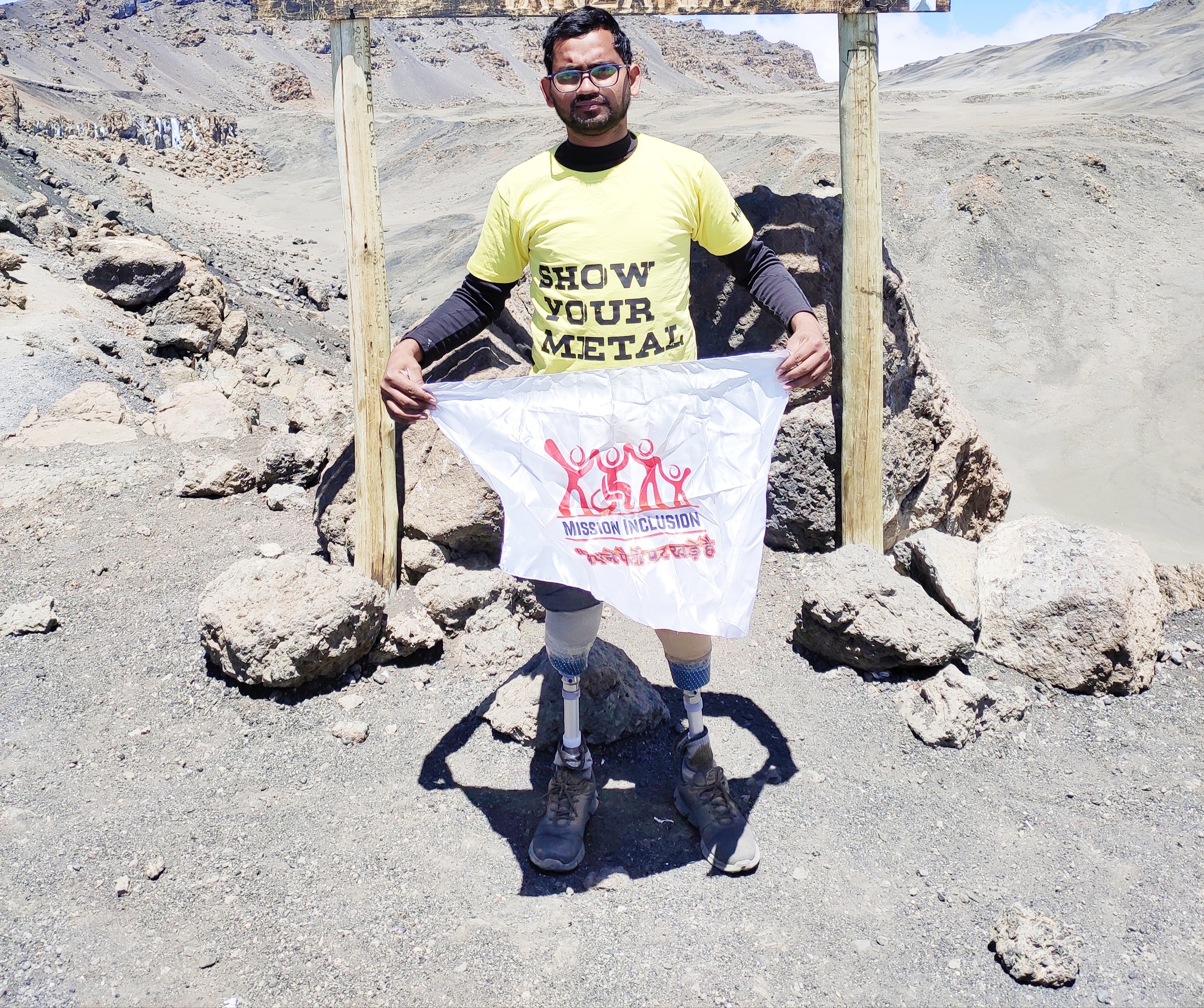 Edmund Hillary once said “It’s not the mountain we conquer but ourselves”, and double-amputee mountaineer Chitrasen Sahu seems to prove this through his unbreakable focus and iron will every time he scales a new mountain.

Hailing from a small farmer family of a far-flung Chhattisgarh village, Sahu completed his alma mater from a government school in his hometown. Since childhood, he loved playing football, cricket and kabaddi and regularly took part in the school’s annual sports events. It was six years ago when Sahu encountered a life-changing accident in which he lost both his legs after falling in-between rail tracks. Talking about it, Sahu says: “I never felt like it was a big loss in my life. I was deeply inspired by the book ‘Everest Ki Beti’ by Arunima Sinha and it gave me hope.” Family is the biggest support one can ever have and Sahu believes it was the earnest prayers of his family members that brought him out of this situation to a life of success.

Apart from being a superb blade-runner and a mountaineer, Sahu is a premiere force behind the wheelchair basketball team of India. Being captivated by trekking from a very tender age, he never stopped dreaming. “I never let myself believe that I’m any less now than what I was,” he says. It is his quest for freedom that encourages Sahu to strive through, pursuing mountaineering was a big step. Due to the unavailability of sponsorship, he could not attend to the training right away but as they say, where there’s a will there’s a way. Sahu eventually got his sponsorship after joining the wheelchair basketball team. Soon after, he fell in love with the sport and now this team is competing nationals and bringing home trophies. Sahu says: “I specifically invested myself in this game because I feel it very uplifting to the physically impaired and I want them to feel free and no less than anyone else.”

“When you’re at a high altitude, you consume 65 percent more energy than your normal routine,” states Sahu while he delves deeper into how one must have the passion and confidence to be a good mountaineer. The mountain challenges those trying to overcome it while high altitudes provoke as with increasing height the oxygen level decreases, increasing the chances of frequent tiredness. Rocky mountains require great muscle coordination and strength. Sahu explains how climbing mountains for an amputee is harder since after walking for hours and days at a stretch, often the coordination between the artificial and the real leg is lost and thoughts of giving up starts working but to be successful, one must never lose control over his mind. “It’s only self-reliance and confidence that take you to the peak in the end.”

Mountaineering is a costly sport where insurance and sponsorships are made requisite but even today it is an underrated domain. This is why Sahu did not get monetary assistance for his expeditions but for him fulfilling his dreams did not let him stop. He continued mountaineering with his own money until he started gaining success and sponsorships. “Our psychology is what drives us through adversity,” Sahu adds. “One needs to strive through the drastic temperature changes with time, also adjusting to the chilly winds and bumpy roads towards the goal, he maintains. He urges everyone to keep longing for freedom and success, to never accept or show sympathy and to never give up.

Clearly, ‘to strive to seek to find and not to yield’.