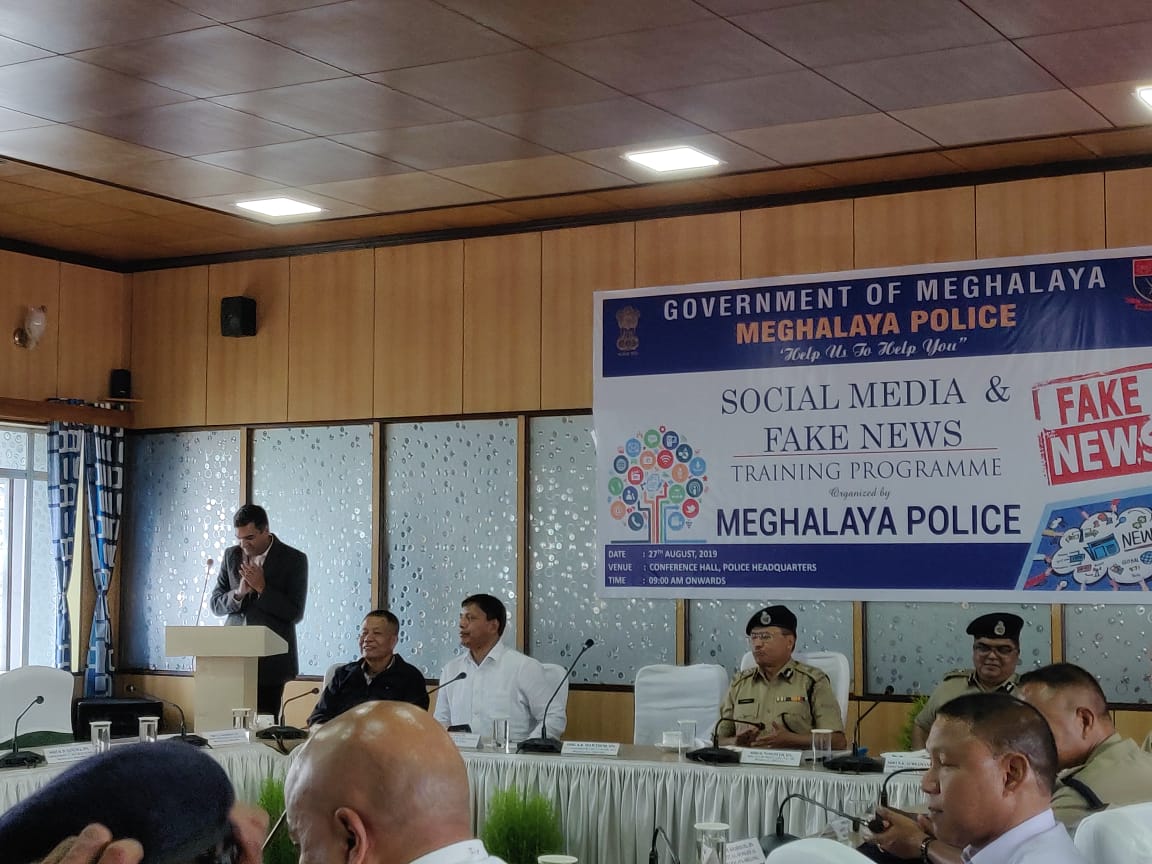 “We are not just fighting an epidemic, we are fighting an infodemic. Fake news spreads faster and more easily than this virus, and is just as dangerous,” said Dr Tedros Adhanom Ghebreyesus, the Director General of World Health Organization, at the Munich Security Conference on February 15, 2020.

To combat the fake news menace, Meghalaya Police has created a COVID-19 Fake News Verification Portal where citizens or ‘information seekers’ can fill up their details and the information they want to verify. Information seekers will receive a message in their phones indicating the completion of the application. The Police can then check the authenticity of the news or bust the myths associated with it and inform the applicant about it through a text message or email.

The portal was launched on April 4, 2020, following the directions of the Supreme Court in the writ petition (civil) number 468/2020 in the matter of Alakh Alok Srivastava versus Union of India.

“We have got a total of 67 applications out of which 63 have been responded to. We are processing the remaining four. This portal has helped us in fighting this menace and fulfilling the guidelines laid down by the honorable Supreme Court,” said Shri G.K. Iangrai, Assistant Inspector General of Police (Administration) of Meghalaya Police.

Why is busting fake news important?

Fake news has been in existence since the advent of print media. However, on account of rising internet penetrations, misinformation and disinformation are spread far rapidly on social media and have become a global challenge. Thus curbing the menace of fake news has become a serious issue for maintaining law and order.

“Everything needs to be based on truth. Bringing the truth to light is imperative for collective good,” said G.K. Iangrai.

“Misinformation leads to false perception. If someone is victimized with wrong allegations, the individual’s reputation gets tarnished and he is subjected to ridicule and bitter trolling which has a bearing on his mental health,” he added.

Fake perception or misinformation can also lead to hatred of one community against another, bad blood between one another and can also lead to crimes. The motto of Meghalaya Police is ‘Help us to help you.’ “When people are confused regarding any news and make a query on the portal it helps us find the source of the information and bust the misinformation. So in a way people are helping us to serve them better,” Iangrai explains how Meghalaya Police is effectively bringing the truth to light through a participatory approach from the community.

“We analyse what will be the ramification of any misinformation being spread. If we find that there might be a misconception that can breach peace and tamper with the social fabric which is detrimental to public good we reach out in form of a Press Release or through our social media accounts,” informed G.K. Iangrai.

The portal has served as a control mechanism to deter people from spreading fake news. The Meghalaya Police is also arresting and taking legal actions against the miscreants by referring the matter to the Cyber Crime Wing or to the respective police station which has jurisdiction over it.

In the pandemic the government has been coming out with different advisories for the public. This has helped in making the citizens aware of authentic guidelines and safety precautions which have prevented them from falling prey to fake news.

Although, people fear that their activities are being monitored and their privacy is being breached, it has helped the Meghalaya Police have a system which helps in maintaining community peace.

Curbing misinformation needs coordinated effort of all stakeholders. The Police cannot step in before a crime is committed, they can only investigate after that. So every citizen needs to be responsible.

“It is a social change that we need to bring-in together. The Police are trying to delve into whatever spheres they can in spite of their multifaceted tasks. However, we need media support in fighting the pandemic and sensitizing people about not to spread fake news. Media being the fourth pillar of democracy and information disseminator has an important role to play in educating people on not spreading fake news and verifying facts before forwarding messages,” said the Assistant IGP.

A joint statement by WHO, UN, UNICEF and other global bodies acknowledges that the present pandemic is the first pandemic in history where technology is being used on a massive scale to keep people “safe, informed, productive and connected”. However, the same technology we rely on is enabling and amplifying an “infodemic” that undermines the global response and measures taken to contain the pandemic. The Meghalaya Police is working hard in curbing this “infodemic”, a cause of concern in the global fight against the virus.