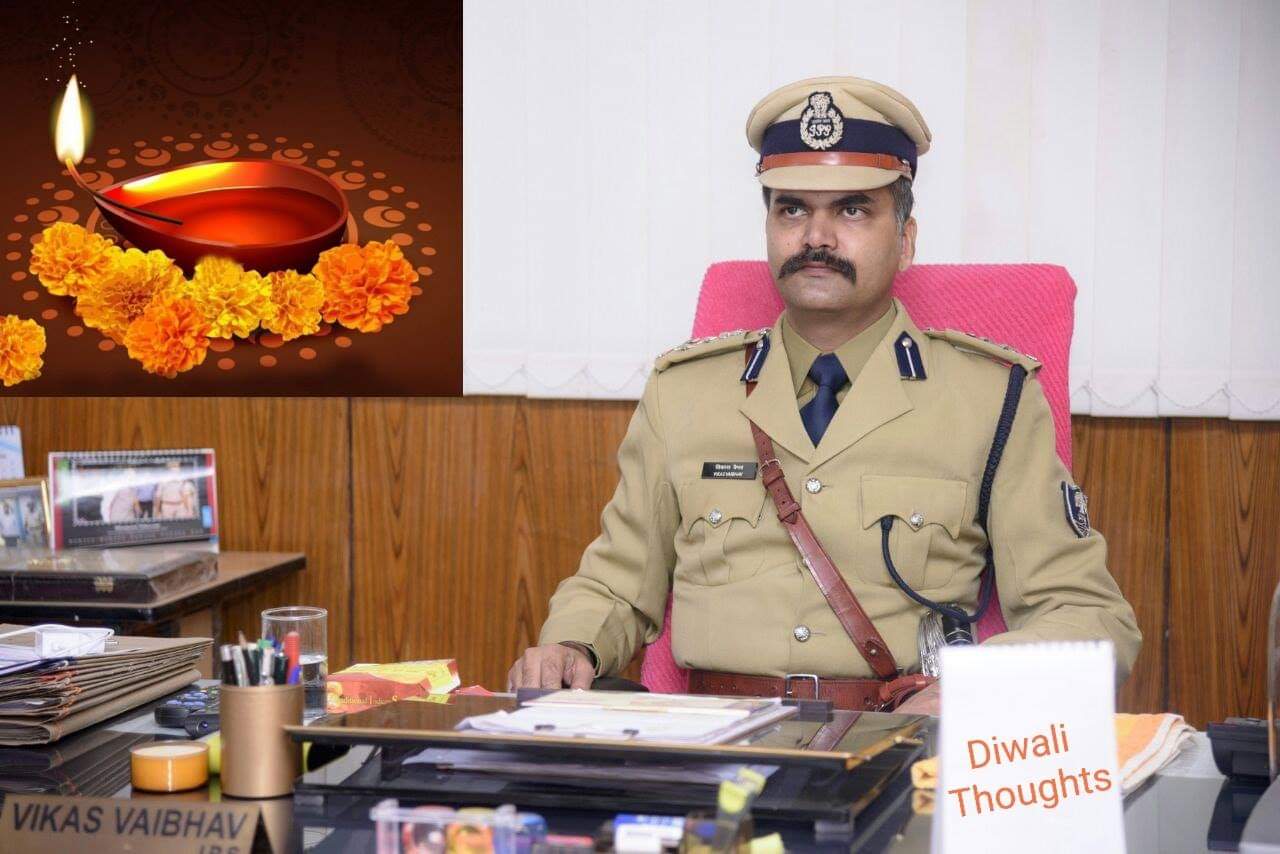 “Reality can be experienced only with the eyes of understanding, not just by a scholar.” Said the ancient Indian philosopher Adi Shankaracharya. This saying reflects in 2003 batch Indian Police Service ( IPS ) officer Vikas Vaibhav, who is now Deputy Inspector General ( DIG ), Anti Terrorism Squad ( ATS ), Bihar in Patna.

There is a story behind every man in uniform and DIG Vaibhav’s early life leading to his transformation in the ATS gives an insight of his roots.

A keen observer of heritage, who did his bachelor’s from the Indian Institute of Technology ( IIT ) Kanpur, the IPS officer was determined to build his career in the civil services, which providedhim an opportunity of a life time to serve society.

“When I was studying in IIT, I already had a strong feeling within my mind to do something that would contribute to the society at large. When I thought about making a career, I was attracted by the civil services since it provided the opportunity for leadership at a very young age.” Said IPS Vaibhav.

“Civil services also provides the platform for making a difference to the lives of the masses. Thus, I thought that I should make every effort to join the service to serve society for self-satisfaction instead of working for the benefit of some corporate.” Added the IPS officer.

Vaibhav is also known for his love for art and history. He travels across the nation to explore rarely known places and the cultural heritage behind it. The IPS officer finds time to run a blog named Silent Pages, which cites his travel admiration since 2013.

Talking about managing his duty and following his passion side by side, he revealed his secret mantra behind it. “Where there is a will, there is away. However, busy one may be, one always finds the time for one’s passion. I am highly passionate about the past and use it to draw lessons for the present and future.” Expressed Vaibhav.

Vaibhav, is a dose of positivity, who makes sure that during hard times when his duty takes a toll on him, the positive aura of monuments overtakes those away the negative vibes his job most often entails. The IPS officer shares some of his experiences of how he achieved those positive changes on the Cop In Bihar Blog.

Thoughts Behind The Man On Many Missions

Swami Vivekananda once said, “True guidance is like a small torch in a dark forest. It does not show everything at once. But gives enough light for the next step to be safe.” The fearless Police officer of Bihar is deeply impacted by thoughts of Swami Vivekananda and Adi Shankaracharya which he feels has a deep lesson for the youth who are the future torch bearers of India.

Sharing his thoughts, Vaibhav expresses how he tries to connect with the youth through all means and helps them to discover themselves. He aims to inspire the youth to explore the beauty that is embedded in India. “I have a strong feeling that the future of India depends on how the present generation grooms our youth. I am deeply impacted by the thoughts of Swami Vivekananda and Adi Shankaracharya, who stressed on the importance of youth for building the future.” Says the IPS officer.

“I feel anyone who attains success should not live a limited life but should try to spread the inspiration around amongst others who are still struggling to walk up the ladder. Even unconsciously, many times, we could be impacting lives in a big way. Collectively, that is the path towards a more positive future.” Added Vaibhav.

The IPS officer is famous as he sports the Guruji Cop tag on YouTube, for motivating the next generation through his words of wisdom.

In this tough phase, Vaibhav perceives a positive change in the perception of citizens towards the Police, in the hope that it does not remain short-lived. On the other hand, he feels that protests against protectors of society on several occasions while controlling the public are alarming and need to be tackled at the social level.

Click on the link below to watch this IPS officer’s special appearance in the video created to pay tribute to front line warriors :