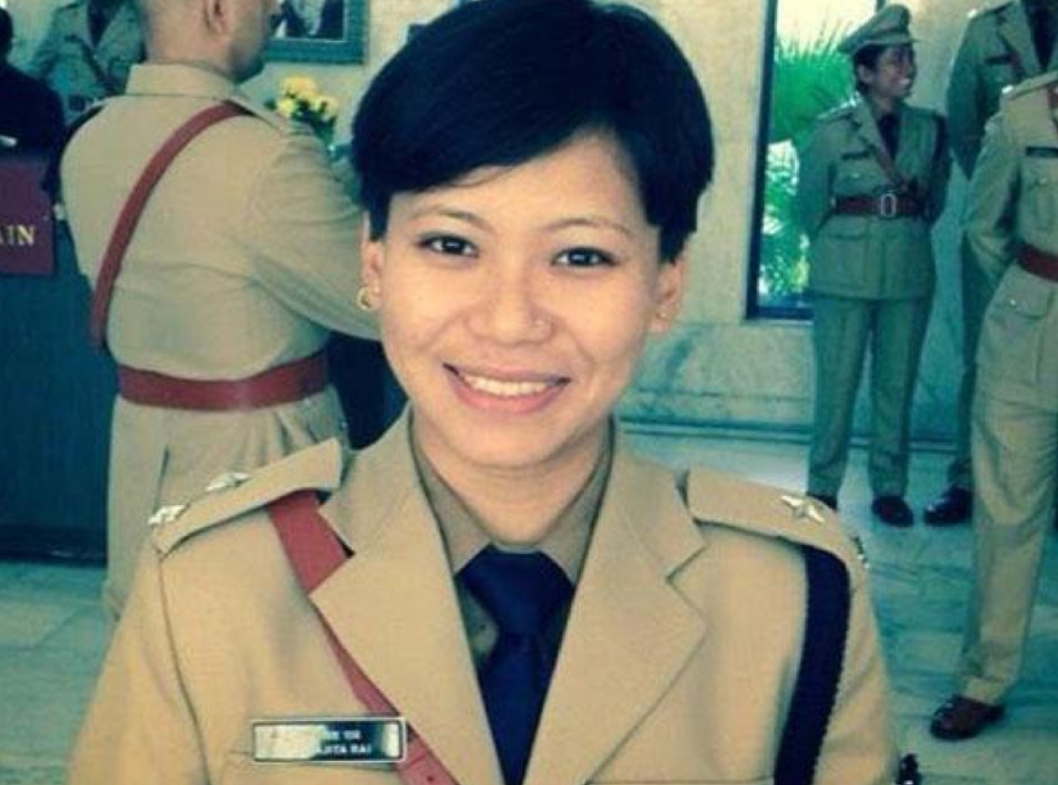 It is said that with great power comes great responsibility. The first woman IPS officer from Sikkim seems to be literally living these words. In a tête-à-tête, Aparajita Rai touches upon her experiences with Kolkata Police, childhood memories and measures she has undertaken to tackle cybercrime and drug menace. Excerpts:

My father was a Divisional Forest Officer (DFO). He died when I was 8 years old. My mother, who was a schoolteacher, had to shoulder all the responsibilities. My childhood has been under her watchful eyes with her being a very strong and gutsy woman that has helped me inculcate an undaunted spirit. I have won several awards and accolades in my school. I was a state topper and scored 95 per cent in the ISC, receiving the Best Girl All Rounder Shrimati Ratna Pradhan Memorial Trophy at the Tashi Namgyal Academy. I completed my BA LLB and even won a gold medal from National University of Juridical Sciences, Kolkata, in both Jurisprudence and Public Administration. Failure has never really bogged me down and it has been more of a challenge. If you can accept failure like you accept victory, it becomes a lot easier.

In pursuit of a dream:

Wearing the Khaki was always a dream. I prepared myself physically and mentally to exceed and excel amongst the very best. I was always a fighter and wanted to crack the UPSC. As we all know only 5 per cent of the total applicants make it to the Prelims and it’s not your intelligence that helps you to be amongst the top-notch, but it’s all about the diligence, passion and unprecedented preparation that pave your way to the top.

I have always believed in giving my best and aimed for awards and accolades. My senior colleagues and mentors have always helped me with incredible support ever since I became an integral part of the Kolkata Police.

Every posting poses new challenges but I think these postings have helped me to grow as a person and groomed me as an officer. Transfers are an intrinsic part of our job and we are conditioned to cope with unknown situations. I am honoured to spearhead a band of highly-trained officers who are a part of the Kolkata Police STF (Special Task Force). It deals with both internal and external security and special tasks are assigned to it. We also look at narcotics, arms dealings and anything that concerns the security aspects. It is quite challenging sometimes for me but I have accepted it with open arms. Women of our society must change their age-old notions in order to create their mark in society. We must learn to accept the harsh realities and follow our passion.

I feel bad for being the first woman IPS officer from Sikkim as I believe it is time to pass on the lineage. I have ventured into new domains and explored forbidden territories. Recently, I won a silver medal at the 12th All India Police Badminton Championship held in Bhopal in February this year. We have the all-India Police Sports Board that organises different sports at the national level. There are different categories there. Bhawna Gupta, my junior, won the gold in my category. The competition is high and we must improve a lot in our games. We want to qualify and compete in the open category.

Cybercrime is continuously on the rise and thus, the role of DC Cyber is very challenging. I was also looking into anti-bank fraud cases that were getting reported every day. People still do not understand what cybercrime is technically or legally. They are yet to know the ramifications of cybercrime and are yet to understand that you don’t usually get back the money in case it is lost. They feel police, as an agency, recover the money they have lost but that is not the case always. As head of the cyber unit or anti-bank fraud, it is very difficult to qualify as a very efficient unit in the eyes of the general public but we have tried our best to block money, get it recovered, and get it sent back through court orders in several cases. On several occasions, people have thanked us and praised our efforts. Our first concern lies in explaining to the complainant what has happened and depending upon the case, what best we can do. This makes the person more cautious in his future dealings and through word of mouth, other people related to him also get to learn about the experience and what all should be done in case anything similar comes up.

It was only last year that the Directorate of Revenue Intelligence (DRI) busted a “corporate-style” smuggling syndicate and seized 8 kg gold, about 74 kg silver jewellery and three kg narcotics from a bus on way to Kolkata from Siliguri. This is not the only case as there were several other such reports which made headlines last year. Kolkata is gradually turning out to become a transit route for contraband substances coming from Myanmar.

We’re continuously monitoring and seizing drugs which are coming from other states, making their way through Kolkata. It is not correct to say that Kolkata is being used as a transit route. But yes, Bengal can be considered as a transit route, basically due to the chicken neck that connects the north-east to the rest of India. Whatever information we get regarding such movements, we monitor them closely and act accordingly.

Like every North-eastern, I am passionate about music and I play the guitar. I also do aerobics to stay fit. Love for music is very common among the people of the North-East. Every other person knows to sing, dance or play an instrument. It is easy to establish a connection with them because of this as our interests match. I interact with the youth through various platforms and try to encourage them in whatever they do. WhatsApp, Facebook, Instagram are social media platforms that provide a wide base and a vast exposure. Though I’m not a regular but whenever I get messages or emails, I try my best to help them by listening to their stories and motivating them.